Home » Cricket » Pak vs SA 2021: I will not blame anyone for the 10 years I was away from International cricket – Fawad Alam

Pak vs SA 2021: I will not blame anyone for the 10 years I was away from International cricket – Fawad Alam 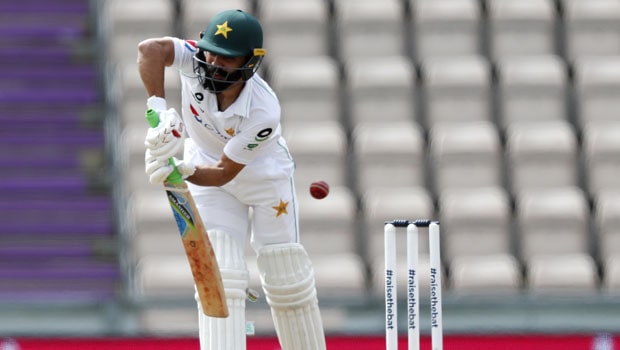 Pakistan’s left-handed batsman Fawad Alam made his Test debut back in 2009 against Sri Lanka at Colombo. The southpaw scored a fine knock of 168 runs in the second innings while opening the innings for his team. However, as Alam couldn’t deliver the goods in the next couple of matches, he was dropped from the national squad.

Nevertheless, the left-hander continued to score a bucketful of runs in the domestic circuit but he was continuously ignored by the national selectors. The southpaw has played 174 first-class matches in which he has amassed 12853 runs at an impressive average of 56.12, with the help of 37 centuries.

After continuously knocking on the selection doors, Alam finally got his well-deserved chance in the Test series against England. However, the left-hander couldn’t do much of notice. Subsequently, the 35-year old scored a majestic 102 runs against New Zealand in the Boxing Day Test match.

Now, in the ongoing first Test match against South Africa, Pakistan was reeling at 4-27 in the first innings in reply to visitors’ 220 runs. However, Alam was able to get his team out of the trouble as he scored a fine knock of 109 runs. This is Alam’s second Test hundred in his last five Test matches.

Fawad stated he doesn’t want to blame anyone for the last 10 years that he has been away from international cricket.

“I will not blame anyone for the 10 years I was away from international cricket. The respect I have gained despite spending so much time on the sidelines is probably more than what I could have done by playing for a longer period of time,” said Fawad Alam in a virtual press conference.

Alam added that it was a great feeling to contribute to the team’s cause as they needed him in the dire straits. Pakistan was able to take a lead of 158 runs after they scored 378 runs in the first innings and a lot of credit goes to Fawad Alam for scoring a gutsy century. Thus, the hosts are now in a commanding position in the first Test match at Karachi.

“It’s a great feeling because I scored runs for my side when they needed it most. I thank Allah Almighty for helping me succeed,” continued Fawad Alam.

Alam will look to continue the good show for Pakistan and he can provide solidarity in the middle order.