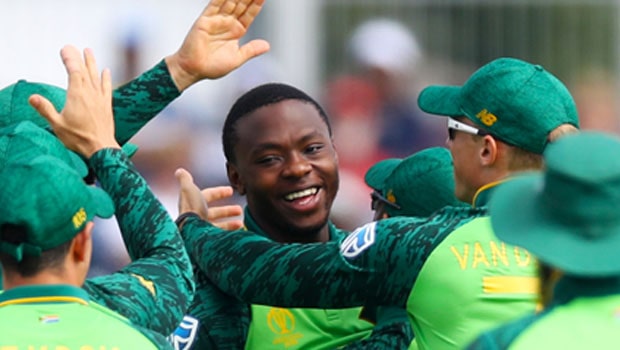 South Africa’s gun fast bowler Kagiso Rabada has become the third fastest bowler to take 200 Test wickets, getting to the milestone in only 44 Test matches. Rabada achieved the landmark in the ongoing first Test match against Pakistan at the Karachi National Stadium on Thursday when he clean bowled Hasan Ali.

Rabada also became the eighth South African bowler to take 200 Test wickets. At the age of 25, Rabada is the fourth youngest to get to the feat, behind Waqar Younis, Kapil Dev, and Harbhajan Singh. In terms of the number of balls bowled, Rabada is the third fastest with 8154 balls, after Waqar Younis (7730) and Dale Steyn (7848).

Thus far, Rabada has scalped nine five-wicket hauls whereas he has bagged four 10-wickets hauls in his Test career of 44 Test matches. In fact, he hasn’t scalped a five-wicket haul since March 2018.

Rabada finished the first innings with bowling figures of 3-70. Meanwhile, Pakistan have put themselves in a commanding position after they took a lead of 158 in the first innings after a brilliant knock of 109 runs from Fawad Alam.