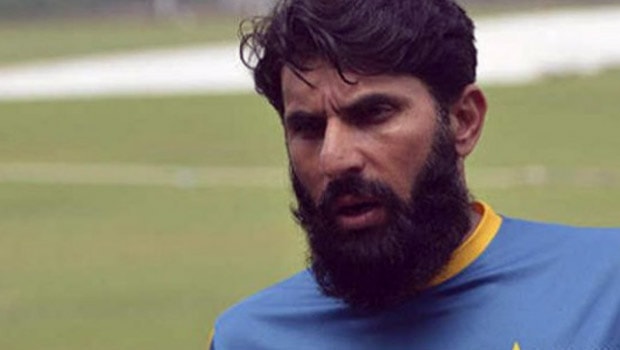 Pakistan head coach Misbah-ul-Haq has confirmed that the visitors are looking to play two spinners in the first Test match against England at Old Trafford, Manchester. Misbah has revealed that the current series between England and the West Indies has influenced them to come up with this strategy.

It was noticed that the spinners were in action from day one at Old Trafford. Roston Chase had got help from the surface on the opening day and Pakistan head coach feels that their spinners can also get into action against England.

The pitch for the first Test match looks identical to the one which was used for the series against the West Indies. The tourists have three spinners in Yasir Shah, Shadab Khan and Kashif Bhati in their 20-member squad for the first Test.

It is expected that Yasir Shah will get the first preference due to his experience whereas there would be a fight between Shadab Khan and Kashif Bhati for the second available spot.

“We’ve seen the ENG-WI series, it’s a good thing for us. Evidence of recent series is helpful to formulate the strategy,” Misbah said.

“I think the pitch looks like the way it was against the West Indies. And we saw that spinners had a role from day one in that test. We will consider [two spinners] it too. We’ll take a look at the wicket today and tomorrow. Also the weather conditions and then decide. There is a definite possibility and also an encouraging sign.”

Meanwhile, Misbah-ul-Haq feels it would be crucial that their top order gives them a good start against the in-form England pace battery. The Pakistan batting unit didn’t show great form in the intra-squad warm-up match as no batsman was able to go past the 50-run mark. Thus, it would be a worrying sign for the visitors going into the first Test.

However, Pakistan fast bowlers like Sohail Khan, Naseem Shah and Shaheen Shah Afridi were among the wickets. Misbah also added that the young Naseem Shah has the skills to win the matches on his own and he is going to play a crucial role in the Test series.

On the other hand, England is expected to play a solitary spinner in Dom Bess and there will be competition among the six fast bowlers. It looks like Stuart Broad, Chris Woakes and James Anderson will be Joe Root’s first choice for the first Test.

The first Test match will take place at Old Trafford, Manchester from August 5.