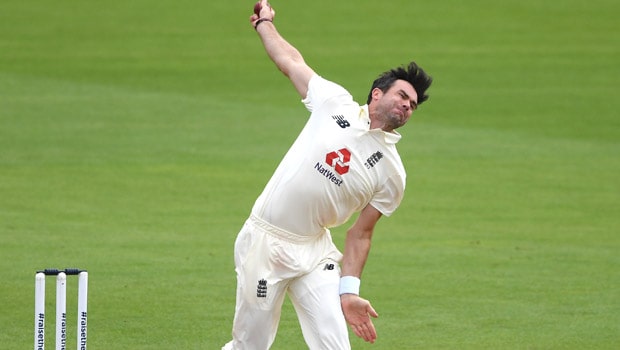 England’s spearhead James Anderson scalped his 29th five-wicket haul to help his team skittle out Pakistan for 273 runs. With a huge lead of 310 runs and a prediction of rain on the final day, Joe Root decided to enforce the follow-on. However, drama unfolded as umpires decided that the light was not up to the mark for any more play.

Pakistan captain Azhar Ali, returned to form and scored an unbeaten knock of 141 runs. Ali also went past 6000 Test runs while getting to his 17th hundred.

Anderson provided a perfect start to the hosts as he induced an outside edge of Asad Shafiq’s bat to dismiss him for five. Pakistan were in all kinds of trouble as they were tottering at 30-4. Fawad Alam got settled at the crease after facing 74 balls for his 21.

However, the left-hander was beautifully set up by Dom Bess. The off-spinner bowled a round-arm delivery to the left-hander which went straight. The follow-up ball was a classic off-spinner that spinned and bounced to take the outside edge of Alam’s bat. Jos Buttler who had struggled to hang on to a similar take in the first Test at Old Trafford, was able to grab it.

Pakistan was sliding down the slope at 75-5 however Azhar Ali and Mohammad Rizwan, who had played a gutsy knock in the second Test, came to the visitors’ rescue. Both the right-handers grew in confidence as they showed all the resistance, which the other Pakistan batsmen failed to come up with.

Rizwan continued from where he left in the second Test match and kept the scoreboard ticking. The right-hander gave the charge to Dom Bess to hit him over the long-off boundary and brought his second consecutive fifty. Soon, Azhar drove Bess to cover boundary in the next over, to bring up his 17th Test hundred, which put paid to his batting woes. These were crucial runs for Ali’s confidence as he was under the pump.

Rizwan and Ali added 138 runs for the sixth wicket but their alliance ended when the former was dismissed by an innocuous delivery from Chris Woakes down the leg-side with Jos Buttler taking another good catch.

It was a crucial break for England five overs before the new ball was due. Stuart Broad struck in his first over with the new ball as he got extra bounce from the surface which took the splice of Yasir Shah’s bat and Root grabbed a good sharp catch at first slip. Broad had another wicket when Jos Buttler took a blinder – diving full length to his right. Buttler flew like a bird to take the stunner and sent back Shaheen Afridi packing.

Subsequently, James Anderson didn’t have the rub of the green on his side. Anderson had three catches dropped off his bowling, two of which were shelled in the slip cordon in a single over. The pack leader drew Azhar Ali into the drive but Rory Burns bungled it at second slip. One ball later, Abbas was dropped by Zak Crawley, which left the England veteran frustrated.

Anderson’s agony didn’t stop when his bowling partner Stuart Broad gave another life to Azhar Ali at mid-on but was able to get Abbas run-out as the Pakistan captain wanted to retain the strike.

Dom Sibley finally took a catch for James Anderson in the slip cordon as England’s spearhead scalped his 598th Test wicket. However, he had to wait for his 600th as bad light led to the draw of stumps.