Pakistan has the team to beat India in India – Brad Hogg 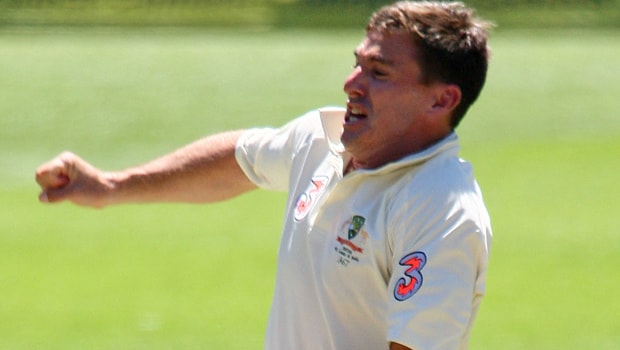 Former Australian chinaman spinner Brad Hogg feels Pakistan has the depth in their team to beat India in their own conditions. Indian team under the captaincy of Virat Kohli is a force to reckon with, especially in the home conditions. The last time India was beaten at home in a Test series was when Alastair Cook’s England stunned them by 2-1.

Since then it has been complete dominance from the Indian team in home conditions. Not many teams have savoured success in India as the hosts’ spinners are not easy to handle in the sub-continent conditions.

However, Hogg feels Pakistan has a good batting line-up and their main strength is the potent bowling line-up. Furthermore, there is not a big difference in the pitches of India and Pakistan, thus Hogg believes it is an advantage for Pakistan as they are familiar with the conditions. But the arch-rivals don’t play each other on regular intervals because of the political differences between the two countries.

“Well, I think the best team at the moment would be Pakistan because they have got a very strong pace unit and have got some good spinners. They also got depth in their batting and know the Indian conditions quite well,” Hogg said on his Youtube channel.

On the other hand, Hogg feels the second best team which has a chance to beat India in India is Australia. However, the last time Australia savoured success in India was back in 2004-05 when they won the four-match series by 2-1.

“But they (Pakistan) can’t go over there for government reasons, so the next best team is Australia and I am not being biased. We have got the likes of [David] Warner, [Marnus] Labuschagne and Steve Smith. We have got a very potent batting line-up as well as bowling line-up,” Hogg said.

“I think if there is any chance of us beating India on Indian soil right now, it’s going to be over the next couple of years,” he further added.

India is known to run through the opposition with the help of Ravichandran Ashwin and Ravindra Jadeja as both the spinners have a brilliant record in the home conditions.