Parthiv Patel announces his retirement from all forms of cricket 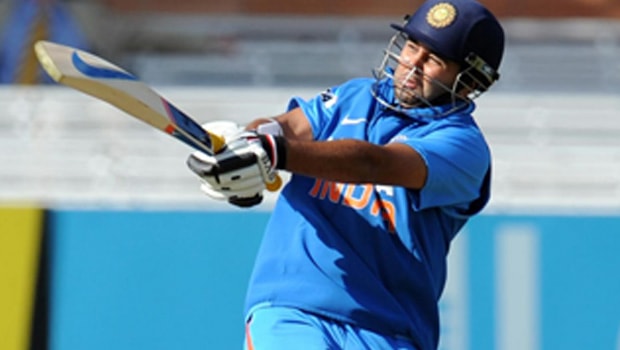 Parthiv Patel, who holds the record for being one of the youngest players to play Test cricket for India, announced his retirement from all forms of cricket on Wednesday.

“Today, I announce retirement from all forms of cricket and as I bring down curtains on this 18 year-old cricketing journey, I feel heavier with gratitude for many,” the 35-year-old Parthiv said in a statement on his official twitter and instagram account.

Parthiv made his Test debut at the age of 17 years and 153 days under the leadership of Sourav Ganguly and went on to feature in 25 Tests, 38 ODIs and two T20Is for India.

He scored a combined total of 1696 runs across formats with five half-centuries coming in the longest format of the game. In ODI cricket, Parthiv had four fifties to his name and a highest score of 95. He has effected a total of 62 catches and 10 stumpings in Test cricket as well.

“The BCCI showed generous amount of confidence and faith in a 17-year-old boy to play for India. I have enormous gratitude towards them for guiding me and hand holding me in the formative years of my young career,” Parthiv further stated.

The 35-year-old played for India even before he had played in the Ranji Trophy. He was also thankful to Ganguly for giving him the opportunity to play for the country.

He could have had a longer career with India but the doors closed when Mahendra Singh Dhoni burst onto the scene. Parthiv, however, rediscovered himself as an opening batsman in the white-ball format and that’s why he got to play a few more ODIs for India later on. But chances were few as India had a lot of good options for the same spot.

Parthiv did become a domestic legend though. He played 194 first-class games in which he scored a total of 11240 runs, which included 27 hundreds at an average of over 43. He played 194 List-A games and 204 T20s as well and that sums up the kind of career he had in domestic cricket. He also led Gujarat to their maiden Ranji Trophy triumph in the 2016-17 season.

He did have a fruitful IPL career with different IPL teams hand he thanked all of them in his statement, “I want to thank the IPL franchises and their owners who made me a part of their teams and looked after me well,” he said.

“As I walk away a proud man, having fulfilled more dreams than I thought possible, I hope to be remembered with that thought and find your support for my future endeavours,” Parthiv concluded.