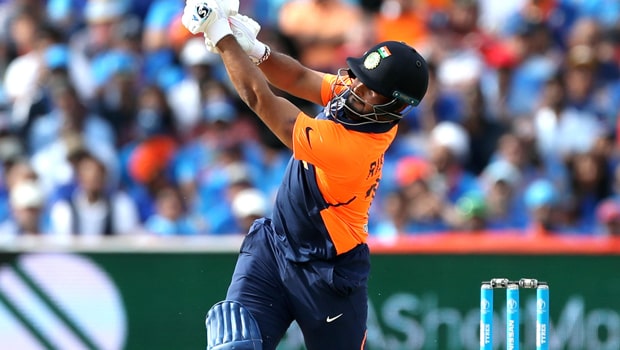 Former India wicketkeeper Parthiv Patel has been heavily impressed by Rishabh Pant’s heroics with Team India. Pant is currently on his second tour of England and despite being segregated from the squad after testing positive for COVID-19 earlier this month, he has now joined the fray. Pant is expected to be back in action soon as India take on hosts England in a five-match Test series beginning on August 4.

The year 2021 has been phenomenal for Rishabh Pant so far. The young wicket-keeper batsman played a historic innings at The Gabba in Australia which allowed India to register consecutive Test series victories Down Under for the first time in history. Pant was also in surreal form during the Test series against England at home and was also handed the reins of his IPL side Delhi Capitals in the absence of regular captain Shreyas Iyer. Moreover, the 23-year-old also shone in the World Test Championship Final which ended in a sad defeat against New Zealand.

Former India wicketkeeper Parthiv Patel has been wowed by his batting and the responsibility that he’s been eager to take on. He believes that Pant has already played several career-defining knocks.

“He is taking more responsibility while batting. He is playing match-winning knocks in Test cricket. That is something that defines a cricketer,” said Parthiv Patel.

Besides his obvious domination with the bat, Parthiv has also keenly noticed Pant’s growth as a wicketkeeper. The youngster’s glovework behind the stumps often attracted criticism and seemed to be erratic and unreliable on certain occasions.

However, he has continued to show the hunger to grow and improve and has worked on his wicketkeeping skills. Pant is expected to get better and better and Parthiv believes he is the future of Indian cricket.

Sharing a story from when he shared the dressing room with the Delhi youngster, Parthiv said, “Rishabh Pant is the future of Indian cricket. He is fearless. What I really like about him. When I was a standby wicketkeeper on a tour in 2018 and he was the first-choice keeper, his attitude and will to improve his wicketkeeping all the time. He worked really hard on his wicketkeeping. He kept brilliantly on the turning wickets in the India-England home series.”