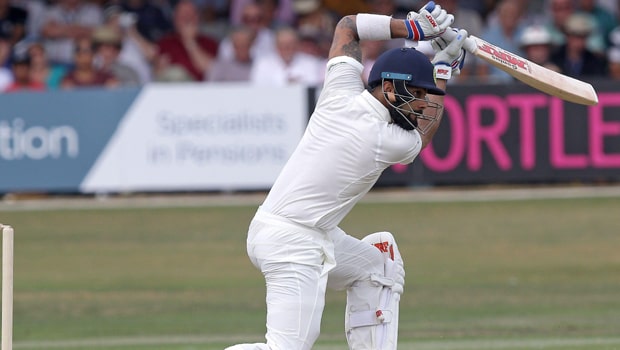 India’s former talisman all-rounder Yuvraj Singh believes the Indian skipper Virat Kohli has claimed the legendary tag at only 30 years of age while people are often referred as legends when they retire in their career. Kohli has been the most consistent batsman in all the three formats of the game and his record speaks for himself.

Kohli has been delivering the goods consistently across the formats for the national team. The linchpin has been playing at the top of his game since the last decade and he has also led the team from the front.

Yuvraj recalled that Virat Kohli showed a lot of promise when he made his International debut and he was able to get a place in India’s 2011 World Cup squad as he was in good form and had grabbed his chances.

“Virat showed some great promise when he came on board. The moment he got the opportunities, he grabbed them. That’s how he took a spot in the World Cup (Indian squad) because he was very young at that time. And it was between him and Rohit. At that time, Virat was scoring runs. That’s the reason, Virat got the spot. And compared to now, there is a complete change in him,” Yuvraj told Times of India.

The former Indian all-rounder added that Kohli worked hard on his fitness and game. Thus, he is reaping the rewards for the same.

“I have seen him grow and train in front of me. He was probably the hardest worker, very disciplined with his training. When he was scoring runs, you could see that he is somebody who wants to be the best player in the world. He had that kind of an attitude. He has got that swag.”

Yuvraj added that Kohli’s consistency increased when he took over the captaincy baton from MS Dhoni and his batting numbers improved after he was given the responsibility of leadership.

“He was scoring a lot of runs and then became the captain. Sometimes you get bogged down, but when he became captain, his consistency became even better. At almost 30, he has achieved a lot of things.

“People become legends when they retire. At 30, he already became a legend. It was really great to watch him grow as a cricketer. Hope he finishes on a high, because he has got a lot of time.”