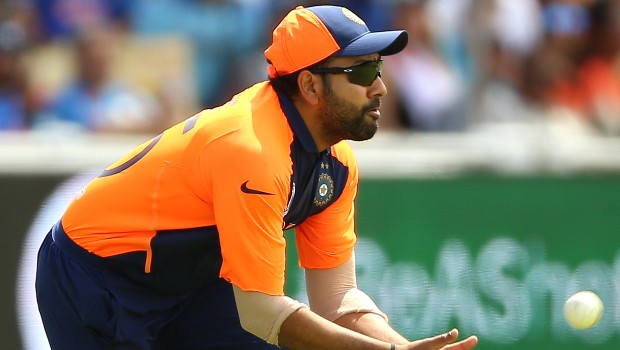 Pakistan’s young fast bowler Naseem Shah has said picking Rohit Sharma’s wicket would be a dream come true for him. Shah, who can bowl at express pace, heaped praise on the Indian limited-overs vice-captain. The right-arm fast bowler added that Rohit has a shot for every kind of ball, be it short or good length.

Meanwhile, it is well known that Rohit Sharma has got all the time to play the fast bowlers. Rohit has an extra second to play against the pacers and he always looks to time the ball. There are hardly any chunks in Rohit’s armour and he can get a big score if he gets settled at the crease.

Rohit is the most consistent batsman in the ODI format and he has done a fine job for the Indian team in the last seven years. The right-hander is the only International batsman to score three double centuries in the 50-overs version.

“Rohit Sharma has the ability to play all types of deliveries, be it short ones or good length deliveries. His records speak for itself and picking his wicket would be a dream come true for me,” Naseem told Cricingif as quoted by the Pakistan Observer.

On the other hand, Naseem Shah has also impressed with his raw pace. Shah had also scalped a hat-trick against Bangladesh. The 17-year old has a smooth action and he can bowl consistently above 145 km/h. Earlier, Shah had picked Steven Smith, Rohit Sharma and Joe Root as his dream hat-trick.

Shah is yet to play against Rohit Sharma and Joe Root but he would soon bowl to the England captain in the forthcoming series.

Meanwhile, Shah added it would be a big achievement for him to get rid of Steven Smith, given the batsman’s form. Shah had made his Test debut against Australia but could not dismiss Steven Smith.

The 17-year old is currently training at Derby with his Pakistan teammates for the series against England. Pakistan will play three Test matches and as many T20Is against England in August.

The prodigy pacer has played four Test matches in which he has taken 13 wickets at an average of 26.84. He had also become the youngest to take a five-wicket haul in Test matches when he took 5-31 against Sri Lanka in Karachi.