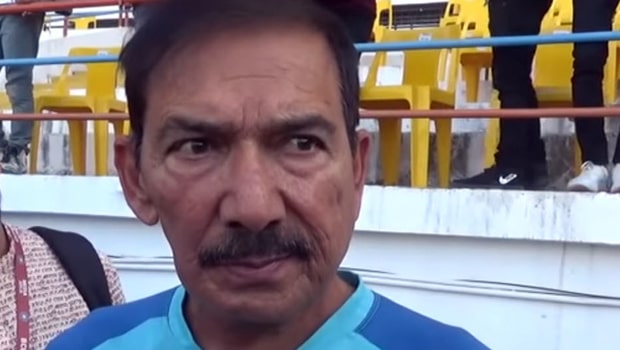 Bengal chief coach Arun Lal has lashed out at the pitch which has been provided for the Ranji Trophy final clash between Saurashtra and Bengal. Saurashtra captain Jaydev Unadkat won the toss and decided to bat first in the all-important final. The pitch offered unpredictable bounce as the ball kept low on many occasions especially in the final session of the day.

Saurashtra talisman batsman Sheldon Jackson was the prey of the poor pitch as a ball from Ishan Porel kept low and plumbed him right in front of the wickets. Thus, Bengal head coach Arun Lal is not happy with the track, which has been offered and he wants the BCCI to look into the same.

Arun Lal, who has been instrumental in Bengal’s success in this season, feels the curator didn’t perform his duties properly when he was asked if the final should have been played at a neutral venue. Lal added that the curator should be at the ground 15 days before the match.

No, net necessarily (on neutral venue). You have got neutral curators. The board should look into it. Send your curator 15 days before the game. Even the curator has not done a good job.”

When Arun Lal was asked whether he will talk regarding the same with BCCI president, Sourav Ganguly, he answered in the negative and said they themselves should look into the matter.

Lal said, “That is not my job. They should look into it on their own.”

The pitch was hardly providing true bounce and in fact, the ball was carrying to Bengal wicketkeeper Wriddhiman Saha on the second bounce. Arun Lal added it would be a disgrace if the ball would start rolling on the third day.

“We had to attack the batsman (in third session). You have to contain runs, like I said it is a poor wicket. Medium pacer is bowling with one slip and there is no chance of ball carrying it to slips. It would be a disgrace if the ball starts rolling through on day three,” said Lal.

Bengal made a good comeback as they took three wickets in the final session as Saurashtra ended the day with 206-5. Lal added that he would be happy if his team is able to restrict the hosts within 300.

“Yes, I am. This is a long game. 15 sessions have to be played, we have played three. We will fight till the end whatever the result. We don’t focus on the result. We focus on what we do best. If we keep them to under 300 in the first innings, I will be happy.”

The day two will be crucial for both teams and both of them will look to edge ahead in the game.