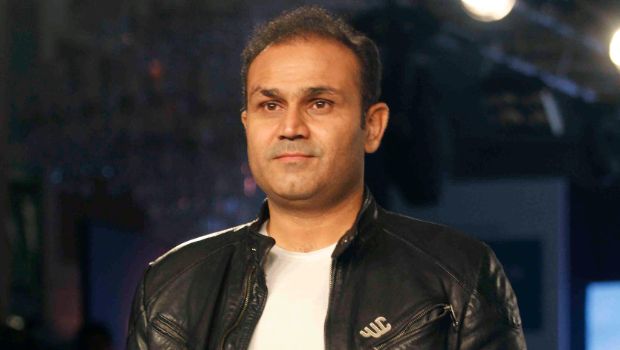 Former Indian opener Virender Sehwag believes the players will feel more secure regarding their place in the team under the tutelage of new head coach Rahul Dravid.

The former Indian captain will take over the reins from incumbent Ravi Shastri after the ongoing T20 World Cup.

Dravid is well known to back young players and he had given ample opportunities to the young guns when he was the Under-19 and India A coach. The Wall, as he was known during his heydays, will once again look to get the best out of the players.

Dravid has all the experience under his belt and many experts feel that he is the right man to take Indian cricket to new heights. Sehwag believes Dravid will back players to the hilt and will give them enough opportunities to prove their mettle.

Virender Sehwag said while talking to Cricbuzz, “His presence will bring stability, which we talk about all the time. The players will have the confidence that ‘I will get some more chances before getting dropped’. Because he has played at this level and he always believes that a player should be given enough opportunities before getting dropped. We have been discussing for some time that the players are not confident, the management doesn’t support the players, they are dropped after just one game. Perhaps Rahul Dravid is also brilliant in the sense that he’ll give full opportunity to a player before sitting him out.”

On the other hand, Rahul Dravid is looking forward to his new role and feels it will be his honor to coach the Indian team. Dravid has previously worked with many players at the Under-19 and India A level and he would be expected to hit the ground running.

Dravid said while talking to BCCI.TV, “It is an absolute honour to be appointed as the new Head Coach of the Indian Cricket Team and I am really looking forward to this role. Under Mr Shastri, the team has done very well, and I hope to work with the team to take this forward. Having worked closely with most of the boys either at NCA, U19 and India A setup, I know they have the passion and desire to improve every day. There are some marquee multi-team events in the next two years, and I look forward to working with the players and the support staff to achieve our potential.”

Dravid’s first assignment as the chief coach will be against New Zealand.

Meanwhile, India won their first match of the T20 World Cup 2021 against Afghanistan at the Sheikh Zayed Stadium, Abu Dhabi on Wednesday by 66 runs.