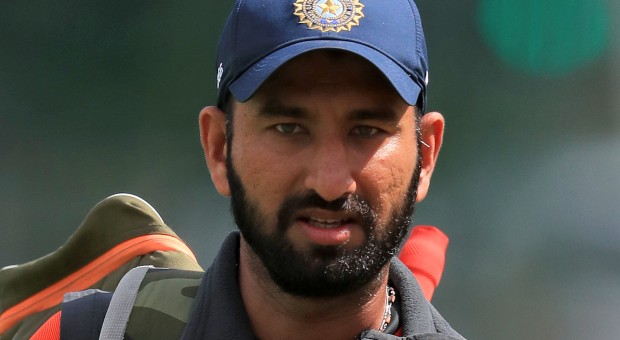 India’s Test specialist Cheteshwar Pujara reckons that it is a different ball game altogether to play with the pink ball as compared to red ball. Pujara feels that the pink ball pace and visibility is completely different from the red ball. It is also known that the pink ball swings more than the red ball and its seam also lasts longer, which helps the bowlers in troubling the batters. Thus, the batsman needs to practice to get used to different challenges while preparing for a pink-ball Test match.

India is all set to tour Australia in December for a four-match Test series. The visitors will also play a day-night Test at Adelaide Oval from December 11. The Virat Kohli-led team has the experience of playing a solitary pink ball Test, which they played back in October 2019 at Kolkata against Bangladesh.

On the other hand, Australia has played seven pink-ball Test matches and they have won all of them. Hence, the hosts will have their wood on the tourists in the day-night Test.

“First of all, to speak about the Day and Night Test or (to play) with the pink ball, I think it is different from what we are used to with the red ball”, Pujara said on the Sony Ten Pit Stop show.

“Although it is still the same format, the (pink) balls pace and visibility is very different. As a batsman you need to get used to it”, he said.

Pujara feels that it would be a challenge for a player who has played with the red ball in the domestic circuit and then suddenly he is asked to play with the pink ball at the International level. There is no doubt that the player will need some time to get used to nitty gritties of the pink ball.

Meanwhile, Cheteshwar Pujara was the architect of India’s maiden win on the Australian soil in 2018-19. The solid batsman scored 521 runs in four Test matches at an average of 74.43.

The right-hander from Saurashtra faced 1258 balls on the whole tour and played a key role in tiring the Australian bowlers. India’s number three also scored three centuries on the tour and he was awarded Player of the series. Consequently, there is no doubt that Pujara will once again be crucial to India’s chances on the tour Down Under.

The talisman will look to replicate his performances and bat at the top of his game. The 32-year old has scored 5840 runs in 77 Test matches at an average of 48.66.

Pujara has the experience under his belt and it would be interesting to note how the Indian batsmen will face the challenge of pink ball against the quality bowling line-up of Mitchell Starc, Pat Cummins and Josh Hazlewood.