Policing ban on saliva will be hard – Bharat Arun 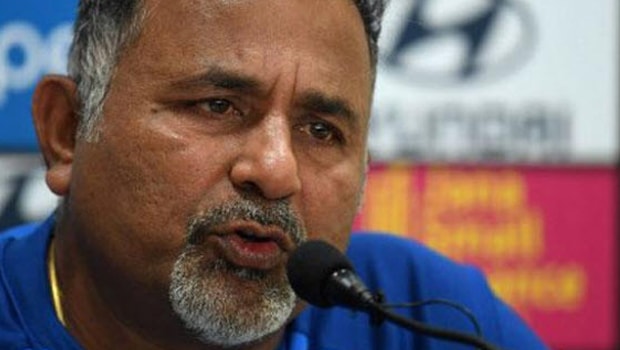 India’s bowling coach Bharat Arun stated that it will be difficult to police a ban on saliva. ICC Cricket Committee led by former Indian spinner Anil Kumble has recommended that no saliva will be used by the bowlers to shine the ball during the Covid-19 era.

However, the ICC Cricket Committee has given a green signal to the use of sweat. This move has drawn mixed emotions in the cricket world but Kumble has confirmed that is only an interim measure.

There is no doubt that it will take some time before the players will adjust to the new recommendations from the ICC. The bowlers have been used to putting their saliva on the ball before bowling every ball.

In fact, the bowlers have adopted the practice for the whole part of their career and it will not be easy for them to avoid using saliva. In short, putting saliva on the ball has become a bowler’s habit and it might take some time to go off.

On the other hand, Faf du Plessis, former South African captain added that he is used to putting a bit of saliva on his hands before he catches the ball in the slips.

Consequently, it will be a difficult job for all the players to not use saliva on the ball. In fact, there is no doubt that if a player is caught putting saliva on the ball, there would be some kind of official warning and the ICC may not be too harsh in the beginning with their punishment as the players would want time to make the big adjustment.

Furthermore, the broadcasting crew could be given special instructions and the cameramen would be asked to always keep the focus on the ball and the players.

Bharat Arun said while talking to Hindustan times, “All their lives players are used to using saliva. Policing will be difficult. How do you monitor it? Inadvertently you might use saliva. And if somebody chooses to use it, what will you do? One will be monitoring all the eleven players on the field. If somebody chooses to do it discreetly, it becomes difficult”.

It is well known that the bowlers rely heavily on the usage of saliva to get conventional and reverse swing. The saliva helps them in maintaining shine on one side of the ball. Thus, the bowlers will find it difficult to get swing and the game will be tilted in favour of the batsmen.

Meanwhile, different players have come up with different opinions. Harbhajan Singh has suggested that two new balls could be used for 50 overs each in the Test fold whereas Irfan Pathan wants the pitches to assist the bowlers. Shane Warne opined that one side of the ball could be made heavier to help the bowlers. Pat Cummins feels the ICC should come up with something so that they can balance the contest between bat and ball.