IPL 2022: He has learned the game by himself – Hemang Badani on Umran Malik 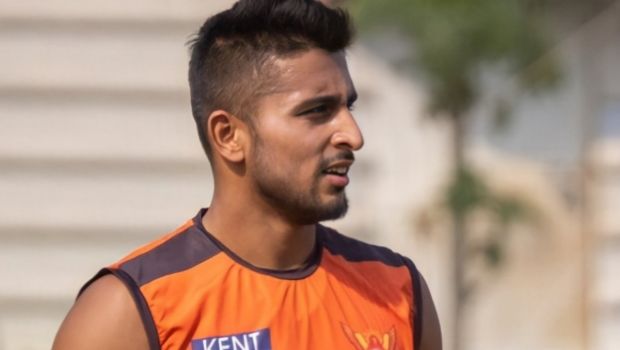 Malik scalped 5-25 in his quota of four overs against Gujarat Titans at the Wankhede Stadium, Mumbai on Wednesday as he breathed down the neck of the opposition with his extra pace.

Badani revealed that the youngster has learned the game by himself and he has shown tremendous improvement in his game. Former Indian left-handed batter added that Malik is a raw talent and he has a long way to go in his career.

Malik has been right on the money and he has bowled consistently above 145 kmph. The gun fast bowler from Jammu and Kashmir has taken 15 wickets in eight matches as he has bowled at the top of his game.

In fact, it has been noticed that Malik has improved his accuracy in the last few matches and he has definitely grown in confidence.

“He’s just learnt the game by himself. He hasn’t really picked up from anyone else. He is a raw talent and he has a long way to go. He is someone who’s special and we are happy with the way he’s gone by,” said Badani.

On the other hand, Sunrisers Hyderabad head coach Tom Moody also heaped praise on Umran Malik for his super bowling.

Malik was awarded the Player of the Match for his fine bowling show against Gujarat Titans and he said he will look to target 155 kmph in the next few matches. There is no doubt that Malik has an X-factor in his bowling as he can bowl consistently above 145 kmph and he will look to continue the good show.

Malik has grown in confidence and he must be learning a lot while playing under the tutelage of Dale Steyn, who is the fast bowling coach of the team.