IPL 2022: Pull out of IPL, for all you care – Ravi Shastri tells Virat Kohli 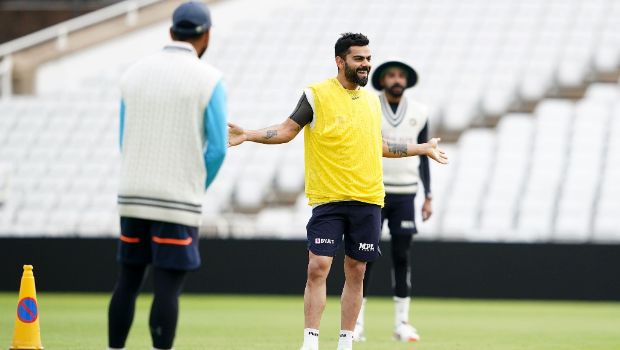 Recently former Indian head coach Ravi Shastri stated that Virat Kohli should take a break from the game in order to recharge his batteries as he has been playing continuously for the last decade.

Shastri, who shares a great bonhomie with Kohli has now advised the talisman to pull out of the IPL if he wants to prolong his international career.

Kohli has been in poor form in the ongoing season for Royal Challengers Bangalore as he has failed to deliver the goods. Out of nine innings, Kohli has registered five single-digit scores in the season. Furthermore, he has been dismissed for two golden ducks and has looked at the sea.

The former RCB skipper has managed only 128 runs in nine matches at an average of 16 and a strike rate of 119.62. Kohli has failed to achieve any kind of impetus in his batting and has failed to play at the top of his game.

“I think a break is ideal for him because he has played non-stop cricket and he has captained the side across all formats. It will be wise of him to take a break. You know, sometimes you have to draw the balance. This year he is already into the tournament (IPL 2022), tomorrow if push comes to shove and you want to prolong your international career and make a mark there for 6-7 years, pull out of the IPL, for all you care,” Shastri said on Jatin Sapru’s YouTube channel.

In fact, the former Indian all-rounder gives the same advice to other Indian players who want to prolong their national careers. It is well known that the Indian team has a hectic schedule and Shastri feels the players can put their feet up only during the IPL season when India is not playing international cricket.

“If that is the case, you have played for 14-15 years. Not only Virat, I’ll tell that to any other player. If you want to play and do well for India, you have to draw the line where you want to take that break and the ideal break would be off-season where India is not playing and the only time India does not play is the IPL,” he said.

“Sometimes, you need to do that or tell the franchise I’ll only play the half. Pay me half, as simple as that. Those tough calls need to come if you want to reach the zenith of your profession as an international player,” he added.