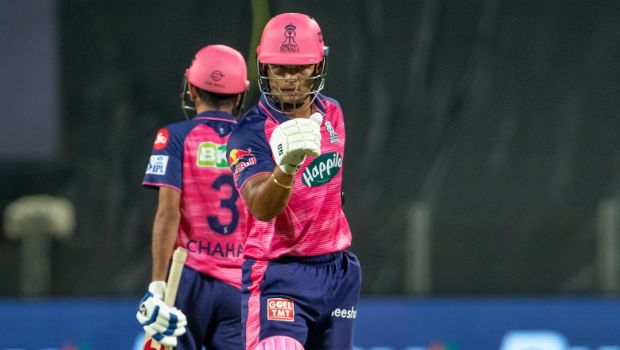 Rajasthan Royals all-rounder Riyan Parag gave his gratitude to the franchise for backing him in the last three years despite low returns in the Indian Premier League.

Parag, who plays the role of a finisher for the inaugural champions, hasn’t been able to consistently deliver the goods for RR.

Parag has been averaging below 20 in the IPL and his strike rate is also around 120. However, the youngster from Assam finally delivered the goods against Royal Challengers Bangalore as he scored 56 runs off just 31 balls at the Maharashtra Cricket Association Stadium, Pune on Tuesday.

RR was in troubled waters at 68-4 however Parag was able to bail his team out of the storm like a perfect helmsman. The right-hander took the attack in the final overs and got the crucial runs for his team after he got a reprieve from Wanindu Hasaranga when he was on 32 runs.

Parag smashed 18 runs in the final over against Harshal Patel and helped his team post a fighting score of 144 runs. This was only the second IPL fifty for the 20-year-old youngster.

Riyan Parag said in the post-match presentation, “A bit of satisfaction. The Royals have shown faith in me for the last three years, and I am paying them back bit by bit. I love the pressure and I am just showcasing my abilities. During the time-out, Sanga came out and we agreed that 140 was a good total on this wicket. We decided to go big in the last two overs. I wanted to target Hasaranga in his second over, but we lost wickets, and so I had to strategize and go after Hazlewood and Harshal.”

On the other hand, Kuldeep Sen also impressed as he returned with fine bowling figures of 4-20 in 3.3 overs he bowled. Sen accounted for Faf du Plessis and Glenn Maxwell on consecutive deliveries to break RCB’s batting unit spine. The youngster revealed the plan was to hit the hard length.

Kuldeep said after the game, “I missed the last few matches with an injury at the nets, it’s coming up well now. Watching the first innings and the way Siraj and Harshal bowled, I realized that the ball was stopping from a good length, so Sanju told me to hit the deck hard, the plan was to keep it on a good length. We didn’t want to concede easy runs.”