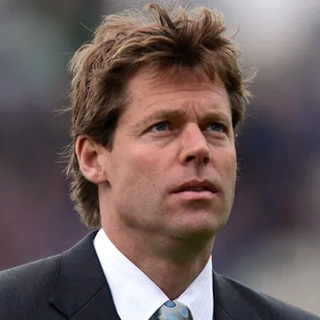 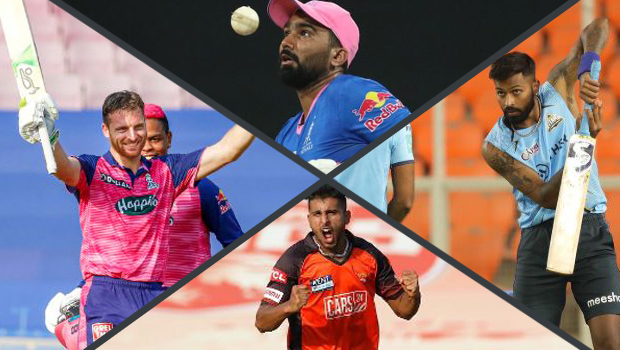 We are just over half way through and so much still to play for but there have been performances that have caught everybody’s attention. Be it Umran Malik’s pace, Yuzi Chahal’s consistency or Hardik Pandya’s captaincy we have seen some impressive performances so far in the tournament.

Jos Butler has taken this year’s Tata IPL by storm. The runs he has scored and the 3 centuries are just outstanding. His approach has been smart and respectful of conditions. He has given himself time in each innings to assess bowlers. Butler has taken his game to a new level in the last month. The best batters at the top of the order hit the bowlers’ best balls for four hence putting them under extreme pressure.

Buttler hits the bowlers best for six now and sits in a very elite group who can do that. He came into the tournament with a fresh mindset not having a tired and cluttered mind. Technically he is keeping his front leg out of the way more now so he can access the ball with the meat of the bat and strike the ball regularly through the leg side with great control.

A combination of all these factors has enabled Butler to perform at his best and be a great watch and a bowler’s nightmare.

Yuzi Chahal has most wickets in the competition and has bowled superbly so far. He has regularly found the right pace to bowl on different surfaces and has at times bowled quicker. Bowling wide of off-stump and making batters reach to hit ball on the leg side has been mighty effective.

When bowlers complement each other as Ravi Ashwin and Chahal do it’s a dangerous cocktail. Ashwin’s miserly spells have created pressure from one end and Chahal has benefited. In the last game Royals played against RCB Ashwin picked up the wickets as Chahal helped build pressure.

In contrast V Chakravarthy poor form has had an effect on Sunil Narine wicket-taking ability as batters are knocking him around and not taking risks as runs are flowing from the other end.

Tough one as so many good cases. Hardik Pandya has been exceptional in taking responsibility with bat and ball and led by example. Sometimes leadership can affect performance and players to shrink and let others shine. Hardik stands out not necessarily tactically but his ability to get the best out of his players. Captaincy is often judged on tactics and decision making. You can see on the field but work done in the dressing room behind closed doors and giving players confidence and clarity is so crucial.

Tim Southee to dismiss Kagiso Rabada versus Punjab Kings. He probably had 40 yards to run in as he demanded he take the catch with others circling around the ball. Not only did he make the catch but wasn’t put off by others. They are some of the hardest catches and not the most spectacular like some reaction catches and diving catches closer to the action. You won’t see much better athleticism and skill to complete an outfield catch.

So many great moments. Rahul Tewatia’s two sixes to finish the game for Gujarat Titans v Punjab Kings was so dramatic especially when Odean Smith had thrown an overthrow the ball before to make it 12 runs off two balls and all watching thinking Surely not! It was an unbelievable finish by a fine finisher.

However, MS Dhoni smashing 17 off the final over against arch rivals Mumbai Indians and hitting a four to win it was incredible tension and drama. The great finisher recapturing the glory days and reminding us all of what we have been so lucky to witness over the years and what we will miss in future years. There is nothing like a last ball finish.

The game is better for fast bowlers bowling quickly and aggressively in all formats. Umran Malik bowling consistently in excess of 150kph has been eye catching. Working with Dale Steyn throughout this campaign can only help develop pace and control and bowling craft. I love the way he runs in with such purpose almost to intimidate the batters.

He is a special talent and with nurturing will service this great cricketing nation for many years. He has during this tournament got smarter and more accurate without losing pace. A big future awaits.

Special mention must go to Kuldeep Sen. Coming in and out of a side is never easy and to grab those opportunities is impressive. 4wickets in his last game and to dismiss Faf and Maxwell in consecutive deliveries mighty impressive and to hold your nerve at the end of the innings equally good. He also helped close out a game v LSG when Marcus Stoinis was poised and some will succumb to the pressure.