IPL 2022: This worries me a lot more – Ian Bishop on RCB’s inability to chase 145 against RR bigger concern than 68 all out 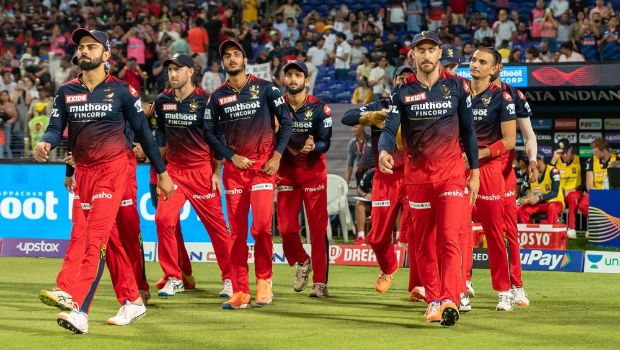 RCB was able to restrict RR at 144 runs and it was expected that the Bangalore-based franchise would go on to chase down the total. However, the Faf du Plessis-led team kept losing wickets at regular intervals and could not get going in the run-chase.

Faf top-scored for the team with 23 runs as they were folded at 115, which is the lowest second innings total of the season. In the previous match, RCB could only manage 68 runs against Sunrisers Hyderabad and they haven’t been at their best with the bat.

RCB have veteran batters like Faf du Plessis, Glenn Maxwell, Virat Kohli, and Dinesh Karthik and they need to come up with a better batting show.

Kohli has been in poor form as he has managed only 128 runs in the nine matches at an average of 16. The renowned broadcaster Ian Bishop reckons if the team can’t chase 145 then they have got real issues in their batting unit.

Bishop told ESPNcricinfo: “This worries me a lot more (than 68 all out) because I am still not seeing Virat Kohli getting the runs that he needs to get for this team to prosper. That middle-order, if Glenn Maxwell doesn’t fire, and you can go at him with hard pace if you have it in your armory, is a real concern. The guys were saying RCB have one bad game a year. That last game was it. But if you can’t chase 145, you have got issues.”

Bishop added that Kohli needs to be aggressive in his batting to take the pressure off the shoulders of Glenn Maxwell and Faf du Plessis.

“Kohli still looks like he is feeling for an innings. Faf du Plessis and Maxwell need him to lead and take a little bit of pressure off them and just be as aggressive as possible. He can step out and take momentum, he can carve through the off-side and put pressure back on the bowlers.”

Former Windies gun pacer reckons if RCB is to go through to the later stages of the tournament, then they need contribution from their former skipper.

“Couldn’t see RCB coming with two bad games in a row. They have some serious issues to deal with. It was good to see Virat at the top, but if RCB are to go further, he has to get runs.”