IPL 2022: Would love to see Umran Malik in T20 World Cup, he is going to take the world by storm – Chris Lynn 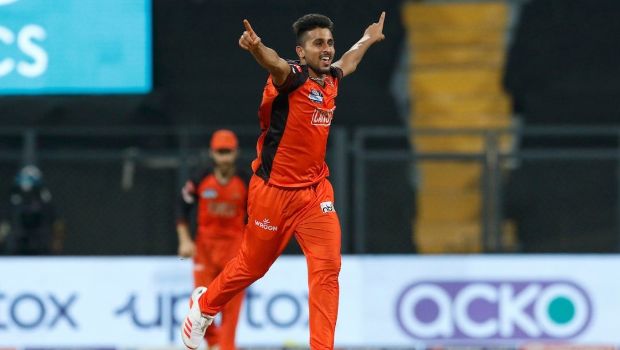 Australian batter Chris Lynn wants Umran Malik to be part of India’s T20 World Cup squad and he feels the gun fast bowler will be handy on the Australian pitches, which are known for their extra pace and bounce.

Malik definitely has raw pace under his arsenal and he has been breathing down the neck of the opposition batters with extra pace.

Malik has impressed everyone in the ongoing season as he has scalped 15 wickets in eight matches at an economy rate of 7.97. The ace pacer from Jammu and Kashmir returned with bowling figures of 5-25 to take his maiden five-wicket haul in the IPL and register the best bowling figures of IPL 2022.

Malik bowled fast and accurately at the stumps and he was able to reap rewards for the same. The youngster has shown the skills to go a long way in his career and he is growing in confidence while playing under the tutelage of Dale Steyn.

“From the outside looking in, definitely. I will factor the wickets are bouncy here in Australia and you need I suppose that youth and just that guys haven’t played against it. You keep going back to whom you drop because it is such a formidable (bowling) line-up, but would love to see this guy in the World Cup. He’s going to take the world by the storm if he does get a chance at the international level. It is lucky that I am not a selector for India,” said Lynn on ESPNCricinfo’s T20 Time Out.

In fact, it is well known that Malik has extra pace under his repertoire and can bowl consistently above 145 kmph. Furthermore, the fast bowler has been right on the money in the last few games for SRH, which has impressed Chris Lynn.

“The fact that he’s learning quickly as well is probably (what) impressed me more than anything. He has always got that raw pace, but it is all about that cricket IQ now which is developing every game and he is very, very impressive,” Lynn further added.

On the other hand, former New Zealand captain Daniel Vettori reckons it is essential for the BCCI to manage Umran Malik’s workload to get the best out of him.

“Potentially. It might be the best thing for him to come under the umbrella of the BCCI or the NCA, and they can manage his workloads because there is a temptation for a player of his pace to keep bowling. I am reflecting on my conversation with Shane Bond and the fact that he thought the more you bowled, the slower you got,” said Vettori.

“In the subcontinent, you are used as a net bowler, you are going on tours and things like that. So the workload could get a bit much. This is a gem here and it’s just how it’s looked after in the next couple of years for Indian cricket and how to get the best out of him.”