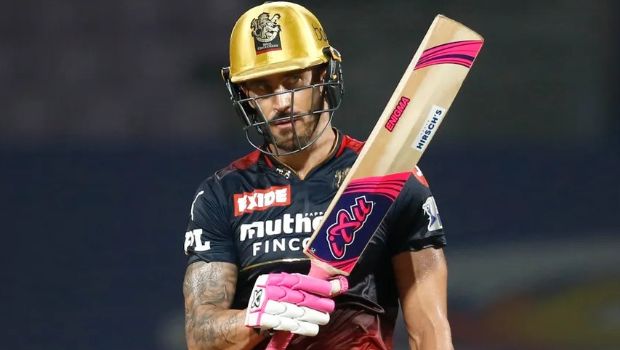 T20 can be really cruel at times. Royal Challengers Bangalore learned this after they were dismissed for a paltry score of 68 runs against Sunrisers Hyderabad on Saturday and this was their second-lowest total in the IPL history.

However, as IPL is a long tournament, it is imperative for RCB to move on from such a big loss.

There is no doubt that these types of ignominious defeats can dent the confidence of the dressing room and the captain has a major role in lifting the shoulders of his teammates. As Faf du Plessis has all the experience under his belt, he wants his players to focus on the upcoming matches.

RCB had a forgettable night against Sunrisers Hyderabad as none of their batters could even get a start. Marco Jansen wreaked havoc as he took three wickets and RCB was left in tatters.

Faf du Plessis said on RCB Twitter, “For me, it’s almost like a blip in the radar. I think you have to look at it in the context of the season. You are playing a lot of games, so for me if you lose by 1 run or you lose by 500 runs, you’re still trying to reach a level of wins you need to reach the knockout stages.”

“You have to move on really quickly, because, if you carry the baggage of a game like that then it drags on into one or two or five or six matches. It’s really important for me to cut that game off and putting that behind us and focus and move forward.”

The South African feels it is pivotal for the team to look forward and make a solid comeback in the next game.

“The important thing for me is that you look ahead. I’ve been fortunate enough with a lot of guys in the dressing room that understand the ups and downs of sport.”

RCB has won five out of its eight matches in the ongoing season. The Faf du Plessis-led will face RR on Tuesday at the MCA, Pune.