Prithvi Shaw and Devdutt Padikkal will stay in Sri Lanka 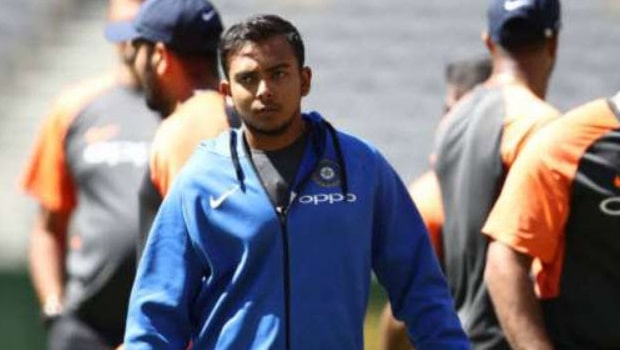 Shubman Gill who had opened the innings along with Rohit Sharma in the World Test Championship Final recently ended up injuring his shin and has been ruled out of the tour. On June 28 the administrative manager of the Indian Cricket Team Girish Dongre had asked for two opening batsmen as replacements for the injured Gill.

Up until a few days ago, there was plenty of speculation and considerable media rumours that Prithvi Shaw would be flown from Sri Lanka to England as a replacement for his former India U19 teammate. However, the chairman of selectors Chetan Sharma didn’t get back to Dongre’s formal request until a couple of days ago. With four openers already in the Indian squad in England, the selection committee was against sending someone as an additional replacement.

The last time Prithvi Shaw played red ball cricket was during the disastrous Adelaide Test against Australia. He was immediately dropped after scoring just four runs across both innings and with his technique coming into question.

Since then, Shaw has roared back to life with excellent displays in the Vijay Hazare Trophy and the IPL. However, his lack of experience and the memories of Adelaide are questions that are still being asked at BCCI especially since India have experienced openers like Mayank Agarwal and KL Rahul in England.

“If Prithvi hasn’t played any long form game since Adelaide what’s the guarantee that he would work some magic if someone like Rahul with 2000 Test runs is thought to be circumspect against Jimmy Anderson and Stuart Broad with new Dukes,” a former India player opined.

A senior BCCI official working closely with the developments also asked why KL Rahul was being considered purely as a middle-order batsman against England when he has opened for India before.

Abhimanyu Easwaran was a surprise inclusion in India’s squad to face England. However, apparently his technique and his struggles facing the team’s throwdown specialist Raghuvendra didn’t inspire confidence in the team management, prompting them to ask for additional openers.

“The captain sits at selection meetings and why didn’t he raise a protest when Chetan and co were sending Easwaran to England? Who stopped him from voicing his protest,” he questioned.

“Now if you have picked Easwaran, he has the first right to get into the main squad. But he comes into the picture only after Rohit (Sharma), Rahul and Mayank (Agarwal) fail and why would we harbour such negative thoughts,” he said.