Prithvi Shaw announces his return to competitive cricket in style 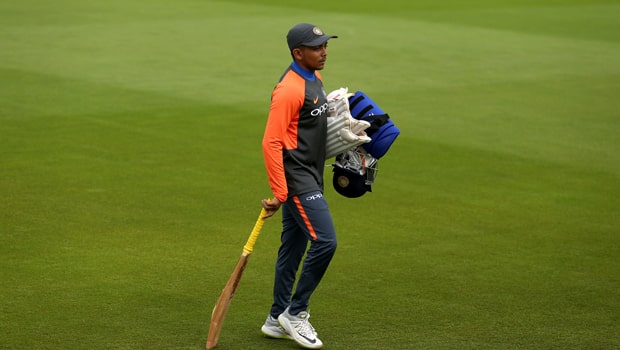 Mumbai batsman Prithvi Shaw returned to competitive cricket in style on Sunday after serving an eight-month ban due to violation of anti-doping rules.

Shaw scored 63 runs off just 39 deliveries while opening the innings for Mumbai in their Syed Mushtaq Ali Trophy match against Assam at home.

His innings was studded with seven fours and two huge sixes. He also shared a 138-run opening stand with Aditya Tare which came to an end with his dismissal to off-spinner Riyan Parag in the 14th over of the innings.

Shaw was having the time of his life about a year back. He scored a Test century on debut in the home series against West Indies and was also adjudged the Player-of-the-series for scoring 237 runs at an average of 118.50 during the two matches.

Welcome back! He is making a comeback today and @PrithviShaw makes it a memorable one with a fine-half century for Mumbai against Assam in @Paytm #MushtaqAliT20. pic.twitter.com/hiBfiElhed

He looked all set to score tons of runs in the Australian conditions as well. However, an ankle injury sustained during a practice-match ruled him out of the entire tour. He made swift recovery as well but just when it seemed that he was on his way back to the Indian team, the consumption of a banned substance in the form of a cough syrup to get relief before a domestic match put him in troubled waters once again. He was suspended for eight months subsequently and his career came to a halt for a brief period.

However, he is back now and looks all set to smash records once again. His gesture after reaching his fifty– he pointed towards his bat and mimicked talking gesture with his hand– against Assam on Sunday showed what is going to follow next. He is just going to let his bat do all the talking from now on.

The 20-year-old’s breathtaking knock of 63 runs powered Mumbai to a massive total of 206/5 in their quota of 20 overs. The bowlers did a fine job later on and restricted Assam to a paltry total of 123/8. Thus, Mumbai won the match by 83 runs and successfully qualified for the next round as the top-placed team of Group D.