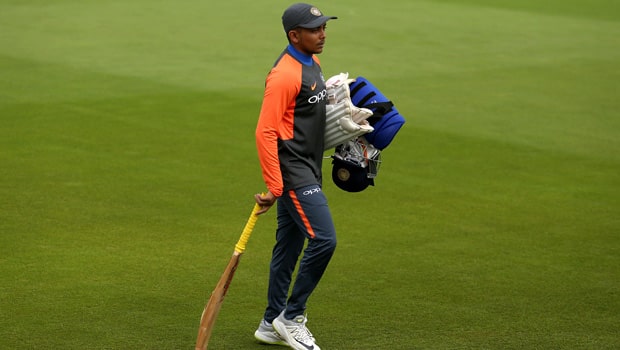 Mumbai’s skipper Prithvi Shaw has become the first player to score more than 800 runs in a single season of the Vijay Hazare trophy. Shaw achieved the milestone in the final of the tournament against Uttar Pradesh on Sunday when he scored a blistering knock of 73 runs off just 39 balls to give a rollicking start to his team in the run-chase of 313 runs.

Shaw finished the tournament with a total of 827 runs in eight matches, which he scored at an incredible average of 165.40 and a whirlwind strike rate of 138.29. The youngster scored one fifty and four centuries, out of which three were above the 160-run mark.

Meanwhile, Shaw was under scrutiny for his performance in the first Test match against Australia at Adelaide. Shaw had struggled to get going against the moving ball and he was dropped from the final XI in the second Test at MCG as Shubman Gill got his chance.

Thus, the 21-year old has been able to make a solid comeback. Shaw revealed that he worked hard after returning from Australia, which was a dismal tour for him. The results have been palpable and Shaw has borne fruits for the hard yards he has put in.

The youngster has all the talent under his belt but it is pivotal for him to keep working hard at the top level. It has been a roller coaster ride for Shaw in the last couple of months and he must have learned a lot after going through this phase.

Meanwhile, Mumbai was able to clinch the Vijay Hazare trophy as they defeated Uttar Pradesh by six wickets in the final at Arun Jaitley Stadium, Delhi.