Home » Cricket » Prithvi Shaw: I try to play like Tendulkar because of his significant influence on me

Prithvi Shaw: I try to play like Tendulkar because of his significant influence on me 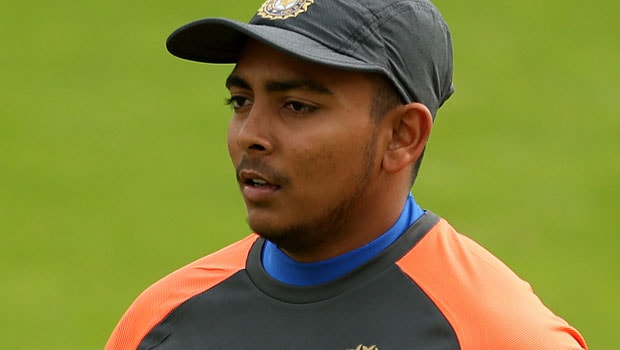 He also confessed that the legendary Indian had advised him to always be himself by playing his natural game and be calm off the field.

Speaking via Instagram live chat with his club, Delhi Capitals, the 20-year-old opener said Tendulkar had a significant influence on him.

It could be recalled that Shaw has already put himself in the history book as the youngest Indian to score a Test century on his debut.

He was also part of India’s two Tests in New Zealand, where he opened the batting with Mayank Agarwal due to the absence of Rohit Sharma, who was injured.

Speaking on their first encounter when he was eight years old, Shaw said Tendulkar usually tells him to play his natural game according to each situation he finds himself.

Shaw had broken a record set by Tendulkar at the age of 17 in September 2017, to become the youngest player to score a century on Duleep Trophy debut.

On the comparison of him with the legend, Shaw said that put him under intense pressure, but he has taken it as a challenge.

Apart from being a cricketer, the opener also revealed that he likes to play golf, table tennis, and participate in swimming.

On his relationship with the incumbent BCCI president Sourav Ganguly,  whom he worked with at DC before taking over the reign at BCCI, Shaw admitted that the former Indian captain helped him a lot motivation-wise, which he said he is good with mentoring youngsters.