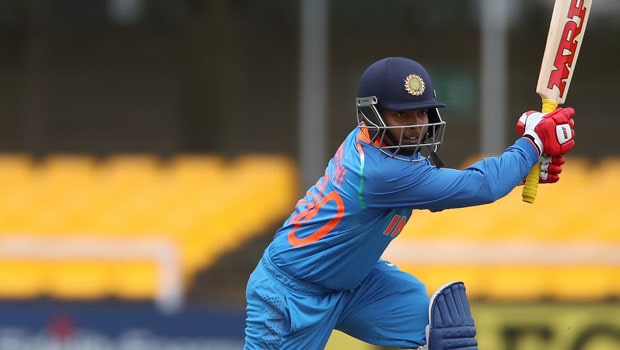 Former West Indies fast bowler Ian Bishop believes India’s prodigy batsman Prithvi Shaw will need to do more than just score runs in the domestic circuit. Shaw has an impressive First-class career as he has scored 2263 runs in 25 first-class matches at an average of 51.43

Shaw played the first Test match at Adelaide against Australia but he couldn’t deliver the goods as he was dismissed for 0 and 4 in both innings. Shaw was then dropped from the final XI in the last three Test matches and Shubman Gill was given his chance.

Shaw didn’t also find his place in the Test squad for the four-match Test series against England. There is no doubt that Shaw will need to find a way to overcome his shortcomings and he will have to work on his technique.

There is a huge gap in the competitiveness of domestic cricket and the International level and Shaw will need to come up with a better technique.

“I am not the batting technician or guru who can tell Shaw what to do and how to fix his deficiency. There are those much more qualified to do that. It is not simply about going back to domestic cricket and scoring tons of runs. Shaw scores high-volume runs domestically anyway,” Ian Bishop said while talking to Sportstar.

Bishop believes Shaw will need to fine-tune his deficiency and come out with better performances. Shaw has been exposed as he plays away from the body and he will need to buckle up his technique. Furthermore, Shaw is also tentative while facing the bouncers.

“It must be that someone can help him to adjust or fine-tune the deficiency which has been identified, allow him to get comfortable with it, and then for him to get acclimatized to it by using the modification to continue scoring domestically and regain confidence and form,” Ian Bishop further added.

Shaw has all the talent under his belt and he will look to come back stronger. However, it is not going to be easy for the youngster to come back into the Test team as players like Mayank Agarwal, Shubman Gill, and Rohit Sharma have sealed their places.

Meanwhile, India will take on England in the first Test match at the MA Chidambaram Stadium, Chennai from February 5.