Home » Cricket » Pujara speaks on on his strike-rate, his captain and coach

Pujara speaks on on his strike-rate, his captain and coach 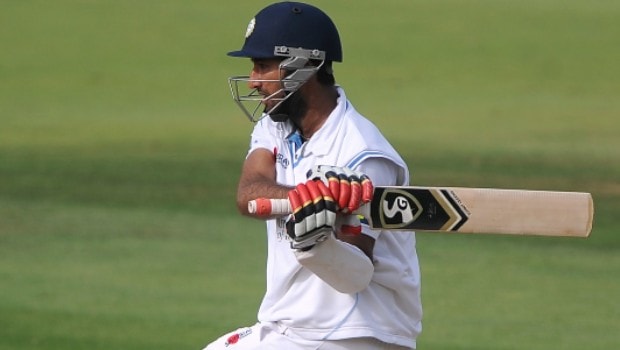 Saurashtra batsman,  Cheteshwar Pujara has commented on the constant fuss over his strike rate.

Pujara, who also plays Test Cricket for India, described the comment as unfair, clarified that his team management has given him full backing because they understand the importance of his game style.

Pujara’s style in the age of slam-bang cricket is fascinating to the purists because he usually bats on without worrying too much about the strike-rate.

His style also epitomises patience in Test cricket, but the soft-spoken 32-year-old  got a lot of bashing from the social media last week for getting 66 runs off 237 balls in the Ranji Trophy final against Bengal which was one by his team.

In the game, he had to battle and overcome fever and throat infection. On his return, he shared a game-changing stand with Arpit Vasavada to help Saurashtra to their first Ranji title due to their first innings lead.

Speaking on his game, Pujara, who is spending some time with his family due to the COVID-19 outbreak, appears to be used to constant criticism of his strike-rate.

Speaking on his game, he noted that there is no too much talk on the inside while it is a different case in the media.

He added that there is no pressure from his captain as he continues to enjoy the backing of the team management.

While clarifying his game style, he noted that people start calling out the team management, but he is not under any pressure at all since they understand him.

Pujara, whose average is 48.66 in 77 Tests, added that perception of his style doesn’t matter to him as his primary aim is to ensure that his team wins.

He also said that people have the tendency of pinpointing one person, but it is not about him, adding that in the Test series he had scored runs and taken some time, the opposition batsmen mostly consumed the same number of balls.

He, therefore, stated that he would be himself because he can’t be David Warner or Virender Sehwag as it a normal thing for a batsman to take his time when batting.