Pujara:Test game is the ultimate format 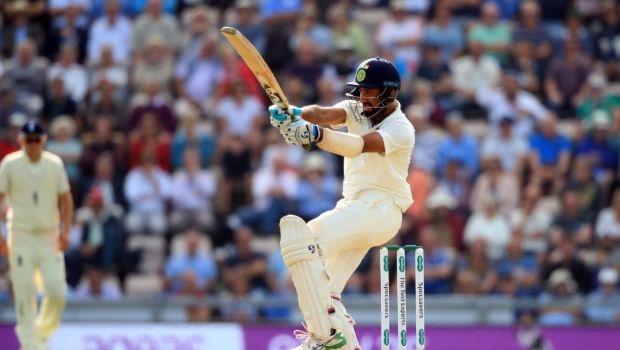 Cheteshwar Pujara has said winning the ICC Test Championship will be a much bigger achievement than claiming an ODI or T20 World Cup title because it is the ultimate format.

Presently, India has 360 points from the first seven Tests, putting them on course for the finals of the inaugural World Test Championship.

Pujara, whose last limited-overs match for India was in 2014, said with the format being the ultimate, becoming the world champion of Test cricket is sensational.

In the ICC World Test Championships, India had a 2-0 win over the West Indies. They proceeded to whitewash South Africa and Bangladesh 3-0 and 2-0 at their backyards.

Having suffered a recent loss against New Zealand, India will begin a two-match Test series against the Black Caps on February 21 in Wellington.

Speaking on the performances of the teams, Pujara said most of the teams have performed while at home but failed to live up to expectation away from home.

While nothing that India is not exempted from these challenges, he, however, noted that they had managed to do well overseas by starting to win series abroad.

Speaking further, the 32-year-old right-handed batsman pointed out that with India being at the top has the biggest advantage, adding that any team who gets to the final of the Test championship must work hard for over two years by winning both their home and away matches.

On the introduction of the World Test Championship by the International Cricket Council (ICC), Pujara lauds the governing body saying the decision has made the traditional format of the game to be more competitive.

He added that this was done by the governing body of the game to sustain Test cricket. With this new development, all the cricket playing nations have been forced to think about Test cricket.

He added that sustaining Test cricket, which he described as one of the best platforms players can ask for, Pujara said every match has its competitiveness as there won’t be many draws.

He, therefore, said most of the Test matches would produce results as the new development guarantees points for the opposition if they manage to play a draw.