Home » Cricket » Rahul Chahar will be wondering what he did wrong: Sunil Gavaskar on leg-spinner exclusion from New Zealand series

Rahul Chahar will be wondering what he did wrong: Sunil Gavaskar on leg-spinner exclusion from New Zealand series 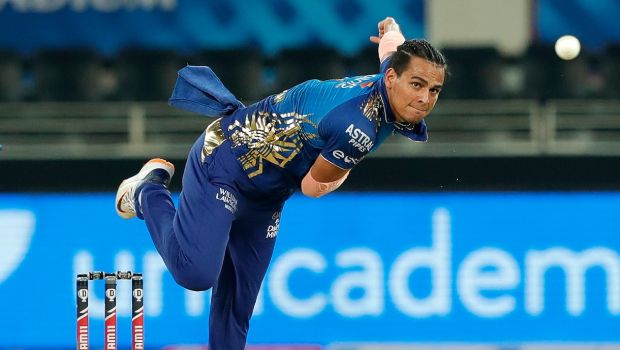 The leg-spinner was included in the 15-man T20I World Cup squad but could not get a place in the three-match T20I series against the Kiwis.

In fact, Chahar didn’t get his opportunity in the first four T20I matches of the World Cup but he was finally included in the final dead rubber match against Namibia. Chahar went wicketless and conceded 30 runs in his quota of four overs in that game.

Thus, it was surprising to note Chahar’s exclusion as he didn’t get his chances in the T20 World Cup. On the other hand, the selectors also didn’t pick Varun Chakravarthy and have given chances to Yuzvendra Chahal and Axar Patel. Ravindra Jadeja and Ravichandran Ashwin have also been included in the squad.

Speaking to Sports Today, Gavaskar said, “I am pretty certain that Rahul Chahar would be wondering what he has done that he’s not in this 16 that has been announced. He was good enough to be in the 15 for the World Cup. He got one opportunity in which he gave away 7.5 runs an over. So he will be certainly wondering what did he do wrong. I hope that somebody from the selection committee would tell him the reason [why] he’s out of this squad.”

Meanwhile, Chahar wasn’t at his best while playing for Mumbai Indians in IPL 2021 as he scalped 13 wickets in 11 matches and conceded his runs at an economy rate of 7.39.

On the other hand, Venkatesh Iyer has been included in the squad for the series against New Zealand. Iyer scored 370 runs in 10 matches for KKR in IPL 2021 and he can also chip in with the ball. The Little Master is hopeful that the player from Madhya Pradesh will get more chances than Vijay Shankar and Shivam Dube.

Sunil Gavaskar said: “Wouldn’t be a bad idea at all. Look, down the order [batting] at six or seven with his medium pace stuff, because you are talking about a four-over spell – if you can do that then you’ve got another option.

I think for the last three-four years we have just been fixated on one option, to the extent that we probably didn’t deal with Vijay Shankar and Shivam Dube the way we should have. But, here, hopefully, Venkatesh Iyer will get more opportunities than these two guys got because that might give us the options. And once you have options and competitions then nobody takes his place in the team for granted.”

India will take on New Zealand in the first T20I on November 17 at Jaipur.