Home » Cricket » Rahul Dravid has great knowledge, he will do a grand job for India: John Wright

Rahul Dravid has great knowledge, he will do a grand job for India: John Wright 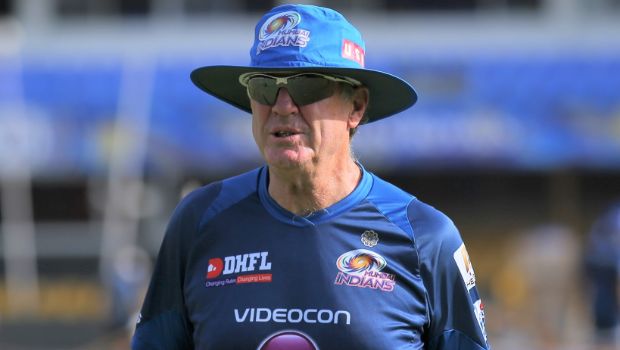 Former Indian head coach John Wright believes the appointment of Rahul Dravid as the chief coach of the national team is a wonderful thing for Indian cricket.

Wright reckons Dravid has great knowledge, which he has mustered while coaching in the last six years and he will do a grand job for India.

Dravid has all the of experience of coaching Under-19 and India A teams and he has done a fabulous job in getting the best out of the young players. The former Indian skipper will look to replicate the same success while coaching the big boys of Indian cricket.

Dravid has taken over the coaching baton from Ravi Shastri, who served as the chief coach for four years. Thus, the former Indian captain, who is known for his calm approach, will look to take Indian cricket to new heights.

Meanwhile, Wright has had the pleasure of coaching Rahul Dravid and knows the former skipper from close corners.

In an interview with Hindustan Times Wright said: “It is a wonderful appointment; he will do a grand job for India. He is very intelligent, knows the game really well. He has gained a lot of experience with the recent coaching he has done, at IPL, U-19 and India A level. He has great knowledge.”

“Coaching is about helping your players develop, and at the international level help them get the results. Everyone wants that (results)… the players, the fans, so you just try and work on their behalf. He will do an outstanding job. But players win matches.”

Dravid has the experience of coaching the Under-19 and India A players, who are currently part of the senior team. Thus, he should be able to hit the ground running with the national team. Dravid has played an instrumental role in grooming the next generation of players and will look to take Indian cricket to greater heights.

The first T20I between India and New Zealand will be played in Jaipur on Wednesday.