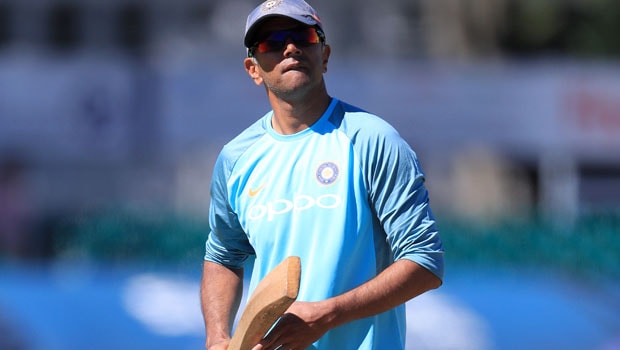 India’s former skipper Rahul Dravid was called the Wall during his playing days and Dravid actually has mentioned many times that he doesn’t quite like it as he had more shots to offer than a Wall. After his retirement, Dravid’s role has been that of a gardener, who has helped every flower to blossom under his tutelage.

Dravid has been a constant source of inspiration for the young budding players who want to represent India. The same goes for Karnataka batsman Karun Nair, who had become the second Indian batsman to score a triple century in the Test fold.

Nair, who has great respect for his mentor, revealed that Dravid was the one who helped him in getting into Rajasthan Royals in the Indian Premier League. The right-hander added that the former skipper showed the confidence in him that he belonged to the top level.

It has been a great learning experience for Karun Nair to play under the guidance of his guru, Rahul Dravid. In fact, Dravid has been instrumental in shaping the careers of many young Indian players, who have risen through the ranks from Under-19 and India A side to make it to the national team.

“I think he (Rahul Dravid) has played a big role in me becoming the cricketer that I am today, because he was the one who gave me the opportunity in the IPL for Rajasthan Royals. For a legend like him to show so much faith and trust in a domestic cricketer like me, was really satisfying, it was a wake-up call to tell me that I do belong in the IPL. I can play in the IPL. It was really encouraging, and a confidence boost for me, to get an opportunity under him,” he said in a YouTube interview on Cow Corner Chronicles.

Karun Nair made his IPL debut back in 2013 against Mumbai Indians while playing for Royal Challengers Bangalore but could not trouble the scorers. The right-hander has played 69 IPL matches in which he has scored 1464 runs at an average of 24.81.

Nair was a bit unfortunate when he was dropped from the Test side despite making a triple century against England. The stylish batsman has scored 374 runs in six Test matches at an impressive average of 62.33.

The Karnataka batsman played his last Test match in the whites in the 2017 Dharamshala Test against Australia in which he could only score five runs. Thus, Nair will look forward to come up with a strong performance to make his case stronger in the national side.