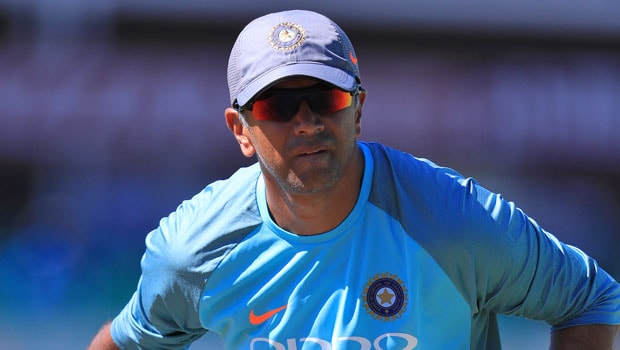 Former England off-spinner Graeme Swann revealed that ex-Indian captain Rahul Dravid made him feel a 11-year old kid. Dravid had a solid defence under his belt and had a clear plan on which balls he wanted to attack and which ones he would play defensively. Consequently, the right-hander had a strong technique and it was a difficult job for the bowlers to get his wicket.

Dravid was at his best when he played for Kent in the 2000 season under the tutelage of John Wright. In fact, it was Dravid who recommended Wright to be India’s coach in the coming years.

Meanwhile, Swann felt like a pygmies when he used to bowl to Rahul Dravid, who hardly gave him a chance in County Cricket. However, it should also be noted that Swann was only 21 years old at that time and Dravid already had enough experience of International cricket.

On the other side, Dravid was at his absolute best as he was the leading run scorer for Kent with 1039 runs in 16 matches at an average of 49.47 in 2000. Dravid also played a fine knock of 137 runs off 295 balls while playing against Hampshire in that season. Kent finished with 140 points as they won four and lost as many in the 2000 season whereas eight matches ended in stalemate.

“Rahul Dravid was a big one for me. I bowled against him in Kent, and he was unbelievable. I have never seen a better player in my life. He would never get out in a county game, and that’s Rahul Dravid, one of the best in the world, and he made me feel like an 11-year-old spinner,” Swann told a Sky Sport podcast.

Swann also recalled when he was on cloud nine as he had dismissed Rahul Dravid once in the County Championship.

“I got him out, admittedly it was a great ball, but it would not have got Rahul Dravid out usually,” Swann, who played for Nottinghamshire, added.

Dravid was known to put a price on his wicket and the bowlers had to sweat hard to get past him. Meanwhile, the English off-spinner was able to dismiss Rahul Dravid on three occasions in the Test fold and as many times in the ODI version.