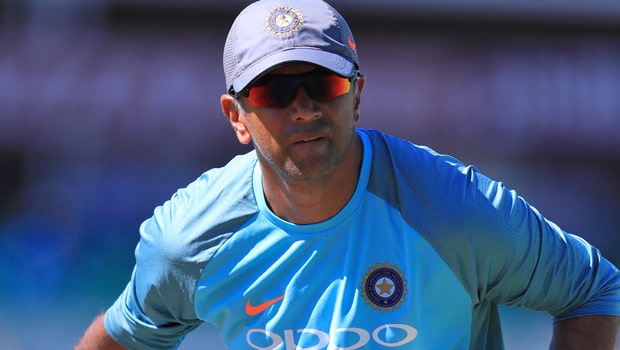 Legendary Australian cricketer Greg Chappell believes that Rahul Dravid picked up cues from Australia’s methods of identifying talent and has applied that efficiently in India. He also expressed a lot of dissastisfaction over the current Australian cricketing ecosystem. According to Chappell, Australia was ‘one of the best at developing young players’ but have fallen off in recent years.

He believes India and England have overtaken his country in identifying excellent young players and grooming them well so that they can perform to the best of their potential for their countries. “India have got their act together and that’s largely because (India’s academy chief and former Test captain) Rahul Dravid has picked our brains, seen what we’re doing and replicated it in India and with their much larger (population) base,” Chappell told cricket.com.au.

The Wall of Indian cricket has groomed several young players in his tenures as the head coach of India A and the U19 side. Many of them have gone on to achieve success at the international level. Rahul Dravid is currently the director of the National Cricket Academy (NCA) in Bengaluru where he’s constantly involved in the betterment of players in India.

Dravid’s work was evident during the recent assignments against Australia and England. India battled the loss of several key players and regulars and youngsters and rookies stepped up to fulfil their responsibilities despite the pressure warranted at such a stage.

“When you look at the Indian team that played in the Brisbane Test that had three or four fresh players, and everyone said, ‘This is India’s second XI’ – those guys had played (extensively) for India A,” said Chappell.

“And in all sorts of different conditions, not just in India. So, when they get picked, they’re not tyros at all, they’re quite hardened international cricketers,” he pointed out.

Contrasting the situation with Will Pucovski who also made his debut in that series, Chappell said, “We picked Will Pucovski out of Shield cricket. Will has hardly had a game outside Australia. That’s the difference.”

He also lamented the current system in Australia where exciting young talents often find themselves in a limbo. “Historically, we’ve been one of the best at developing young players and keeping them in the system, but I think that’s changed in the last couple of years,” he said.

“I’m seeing a bunch of young players with great potential who are in limbo. That’s unacceptable. We cannot afford to lose one player.”