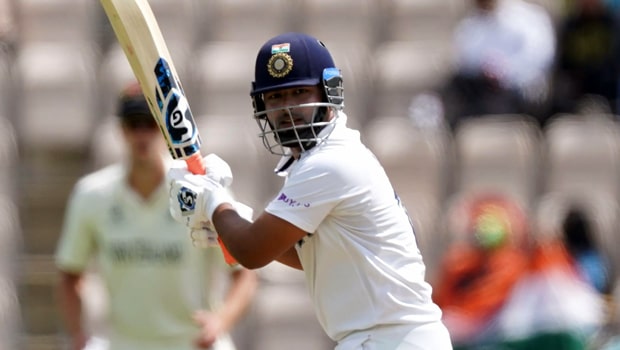 Team India head coach Rahul Dravid has hinted about having a conversation with Indian wicketkeeper-batter Rishabh Pant over the timing of his shots.

India lost the second Test against South Africa at Johannesburg by seven wickets and Rishabh Pant returned with cheap scores of 17 and 0 in both innings. Even though he tried his best to stick around in the first innings, the way he got dismissed while attempting a wild slog in the second innings attracted a lot of criticism from both fans and pundits.

Dravid spoke to the media after the loss and said that he would always want Pant to be a positive player but the youngster can improve with the timing of his shots.

“We know Rishabh plays positively and he plays in a particular manner and has got him a little-bit of success. But of-course there are times when we are going to have to have some sort of level of conversations around that. ”

“…it is just little-bit or may be selection of the time to play that (shot),” said Dravid.

India were in a tricky situation when Pant got dismissed while attempting a wild slog off Kagiso Rabada’s bowling on only the third delivery he was facing in the innings.

“No one is going to ever tell Rishabh (Pant) not to be a positive player or not to be an aggressive player but sometimes it is just the question of picking and choosing the time to do that,” Dravid added.

While the Indian has coach agreed that Pant’s criticism is fair, he also said that the batter is still learning as he is fairly young and he will keep improving with time.

Pant had a terrific start to his Test career as he scored centuries in England and Australia and then went on to score a crucial fifty that led them to a historic win at the Gabba last year. Pant also scored 91 and 101 in the home series against England after that but he has amassed only 250 runs in his last 12 innings at a poor average of 20.83. He will certainly need to improve on that.