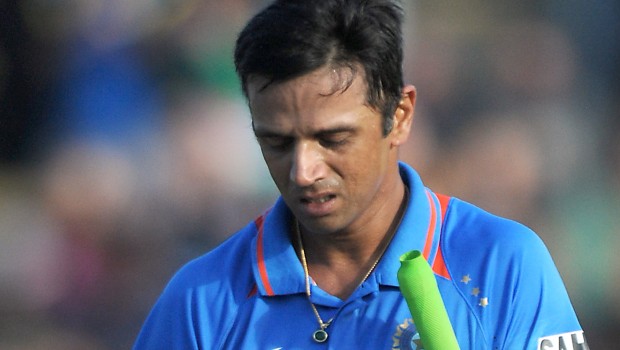 Former Pakistan batsman and now a commentator Ramiz Raja reckons that Rahul Dravid wasn’t as gifted as Sachin Tendulkar but he was still able to outdo him on occasions. Dravid might not have been as talented as Tendulkar but the former knew that hard work will help him reap rewards.

Dravid, who was known for his solid technique, went on to deliver the goods for the team and he served Indian cricket for a long time. It is mostly noticed that Dravid lived under the shadow of Sachin Tendulkar as the latter was always the cynosure of all eyes.

Meanwhile, Dravid was able to deliver the performances in all types of conditions. The right-hander was always known to give his best to the team and he was ready for any kind of challenge.

In fact, Dravid was dropped from the limited overs side in his formative years due to his poor strike rate but he was able to get back in the ODI side after proving his mettle in the domestic circuit.

“Maybe Rahul Dravid wasn’t as gifted as Sachin Tendulkar but to survive and compete with a great cricketer takes a lot of you. You know you’ve tried your best which is still not good enough to be the best batsman in the team and that can put you down,” ex-Pakistan skipper Ramiz Raja said talking to Sportskeeda.

“But credit to Rahul Dravid, for at times outdoing Sachin Tendulkar. He was an extremely good batsman on a tough pitch because his defence was rock solid. And he had a great attitude as well at that pivotal No. 3 position and keeping as well,” Raja added.

Rahul Dravid had an illustrious career for the Indian team as he went on to amass 13288 runs in 164 Test matches at an impressive average of 52.31. The right-hander from Karnataka scored 10889 runs in 344 ODI matches at an average of 39.17.

In fact, there is no doubt that Sachin Tendulkar and Rahul Dravid are one of the best Indian batsmen of all time. Tendulkar had great skills and he was more attacking especially in the late 1990s. On the other hand, Dravid’s strengths were completely different as he relied on his defence and patience to get his runs at the top level.

Dravid always believed in practicing hard and he would always put a prize on his wicket. He hardly got out playing a rash shot and it was not an easy task to dismiss him as he didn’t had many glitches in his technique.