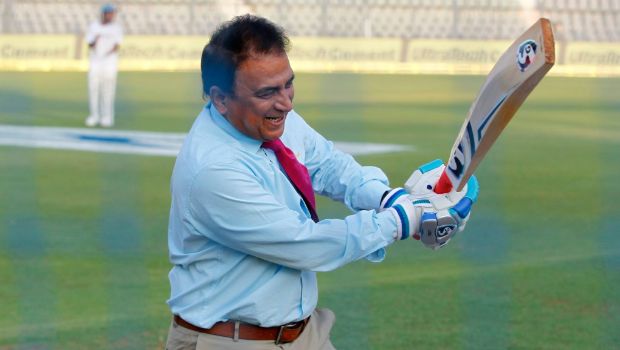 Former Indian legendary batter Sunil Gavaskar believes Rahul Dravid will bring his vast experience to the Indian set up along with his tactical acumen. Dravid was officially appointed as the team’s new head coach on Wednesday by the BCCI.

The former Indian skipper has all the experience under his belt and he will look to get the best out of the players.

Dravid has worked with India A and Under-19 players and he knows how to get the best out of the players at the top level. The former Indian skipper has been a top coach in the last five years and he will definitely guide the players on the right track.

Dravid was well known for his work ethic during his halcyon days and he is expected to bring the same in his coaching role. Furthermore, the former skipper is also known to back the youngsters and he will give them ample opportunities to prove their mettle.

Speaking to India Today, Sunil Gavaskar said: “Rahul Dravid will bring his vast experience to the Indian set-up along with his tactical acumen. He will bring the worth ethic that he embodied while he played the game, the deep thinking about tactics, and so on.”

On the other hand, India was able to register their maiden win of the ongoing T20 World Cup 2021 as they defeated Afghanistan by 66 runs at the Shiekh Zayed Stadium, Abu Dhabi on Wednesday. This was a big win for the team and it just keeps them alive in the T20 World Cup.

“You need to have some instinctiveness during matches but you also need to be able to plan and I think this and the win over Afghanistan is the best news India has had over the last one week or so.”

Meanwhile, Rahul Dravid is looking forward to his new role of coaching the Indian team. Dravid feels it will be his honor to coach the players and he will look to take Indian cricket to new heights.

“It is an absolute honor to be appointed as the new Head Coach of the Indian Cricket Team and I am really looking forward to this role. Under Mr Shastri, the team has done very well, and I hope to work with the team to take this forward.”

“Having worked closely with most of the boys either at NCA, U19 and India A setup, I know they have the passion and desire to improve every day. There are some marquee multi-team events in the next two years, and I look forward to working with the players and the support staff to achieve our potential.”

Dravid’s first assignment as the head coach of the Indian team will be the three-match T20I series against New Zealand.