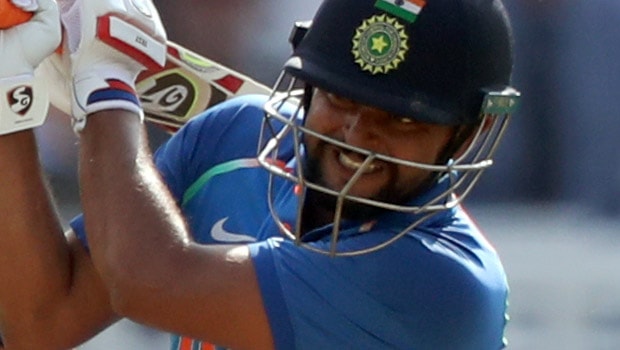 Veteran India batsman Suresh Raina, has joined voices with those who put health as a priority over the game with COVID-19 pandemic wreaking havoc in the world.

The Indian Premier League (IPL) was billed to commence March 29 but was suspended due to coronavirus pandemic which has left over 50,000 people dead globally.

While noting that the tournament in which he would have featured in can wait till millions of lives are saved, as they are currently at risk of dying from COVID-19, he said life is the most important.

Raina, who also donated Rs 52 lakh to join other donors in fighting the dreaded virus, is already urging the people to comply with the 21-day curfew ordered by the authorities to avoid further spread of the virus. He has been staying at home, which he revealed via social media assisting his wife, who recently recovered from the birth of his second child last week.

While trying to be a perfect homemaker, the 33-year-old veteran who is enjoying cooking for his family and rendering other domestic help in the house would have been competing in the IPL if not for the lockdown order in the country.

Raina last represented India in 2018. He was part of the World Cup-winning squad nine years ago, where India lifted the coveted trophy after 28 years.

With the situation of things, the IPL which has been postponed to April 15 may not hold as the cases continue to be on the rise.

While noting that it’s all about life at the moment, he said all residents need to follow guidelines on lockdown or face the music.

In an interview with PTI, he noted that as soon as the thing gets better, people can then think about the IPL as many are dying at the moment.

Speaking further, Raina who noted that there is a need to save more lives added that the pandemic has also shown why there is need to appreciate life much more.

The World Cup winner also noted that three square meals matter than the size of houses and cars at the moment.