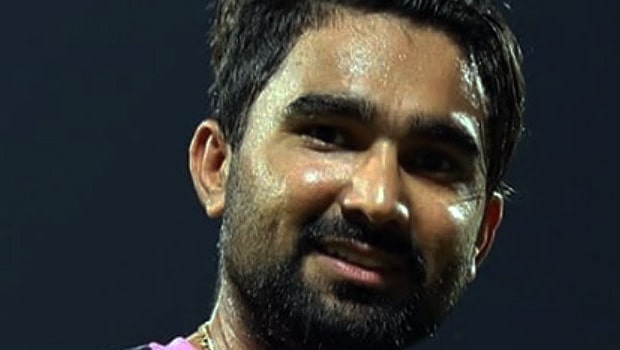 Rajasthan Royals has finally recorded their first win in the ongoing India Premier League (IPL), ending their four-match losing streak in the process.

All thanks to Rahul Tewatia’s uncanny ability to win tricky games. The batsman had announced his coming into the tournament with five sixes in an over against Kings XI Punjab. He continued from where he stopped with a solid performance against Sunrisers Hyderabad on Sunday.

Tewatia smashed an unbeaten 45 off 28 balls to help Royals overhauled the 159-run target with a ball to spare.

His partner, Riyan Parag, who also recorded 42 not out of 26 balls, ensured the team won the style. The win has now kept Steve Smith’s men in the mix after they suffered a set back in the 12th over where they were reduced to 78 for 5.

Before Hyderabad could get the sixth wicket, Rajasthan already added 85 runs in eight overs.

Tewatia’s performance is a reminiscence of the Sharjah night. Rashid Khan couldn’t oust him as the left-hander struck three consecutive boundaries from his deliveries in the 18th over.

Knowing that Rajasthan needed 22 runs from two overs, Tewatia also outsmarted T Natarajan. The bowler lost his length while trying to bowl yorkers. The lefthander got a four and a six from his deliveries, swinging the match in favour of Royals.

Earlier in the match,  Manish Pandey recorded an impressive 50 but Rajasthan Royals, but the pitches getting slower by the day made things difficult.

Initially, Pandey struggled but finished with two fours and three sixes in his 54 off 44 balls.

During his partnership with skipper David Warner (48 off 38 balls), he produced 73 runs off ten overs. Warner also looked scratchy and struggled for timing in the game.