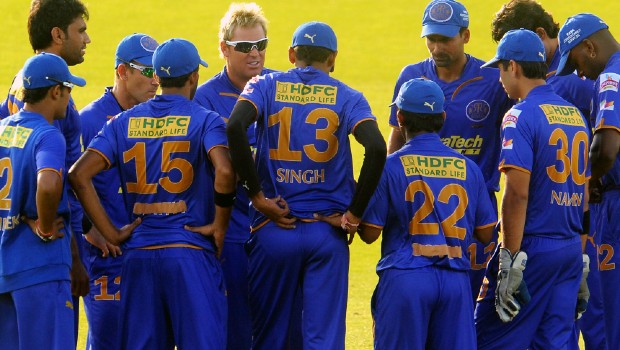 The Rajasthan Royals fielding coach and former Rajasthan wicket-keeper Dishant Yagnik has been tested positive for Covid-19, the franchise announced on Wednesday. The news comes days before the teams are expected to travel to the UAE after August 20. Yagnik, who is a former wicket-keeper, was tested in his home city of Udaipur.

The franchise has confirmed that he didn’t come in contact with any of the team’s players and staff in the last 10 days and he has been advised to get hospitalised for the quarantine period for 14 days. More importantly, all the players and support staff of the Rajasthan Royals are tested negative for coronavirus.

“The franchise implemented an extra test for all players, support staff and management travelling to the UAE in addition to the two tests recommended by BCCI, to ensure as robust a process as possible,” the franchise statement said.

After two weeks, Yagnik will have to return two negative Covid-19 tests as per the Indian board protocols. Subsequently, after two successive negative Tests, the fielding coach will need to self isolate himself for six days. Yagnik will once again be tested on his arrival in the UAE and he will need to return three negative tests before he can join Rajasthan Royals team setup.

The Rajasthan Royals have decided to conduct three Covid-19 tests before the team will meet in Mumbai, to jet off to the UAE for the IPL. The franchise decided to have one more test according to the BCCI policy of conducting two tests before travel.

It is crucial for the BCCI and all eight franchises to take all the precautions and one wrong move can put the whole tournament in jeopardy.

Meanwhile, Rajasthan Royals had finished at the seventh position in the IPL 2019 and they would look to turn the tables in the upcoming IPL. The team has been a bit inconsistent with their performances and has relied heavily on the shoulders of foreign players like Jos Buttler, Steven Smith, Jofra Archer and Ben Stokes.

Steven Smith will lead the franchise and he would like to get the best out of the players. The IPL will begin in the UAE from September 19 with Sharjah, Abu Dhabi and Dubai to host all the matches.