Rajasthan trade Rahane to Delhi in exchange for Markande,Tewatia 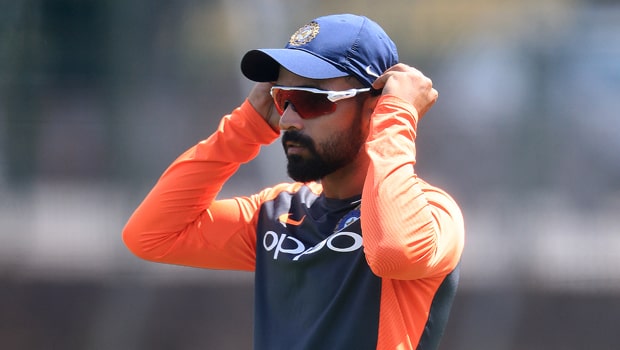 Rajasthan have traded Ajinkya Rahane to Delhi in exchange for the spin bowling duo of Mayank Markande and Rahul Tewatia in the ongoing trade window of the Indian T20 League.

The 31-year-old is Delhi’s second high-profile signing in this window after they signed Indian spinner Ravichandran Ashwin from Punjab earlier. Delhi already have strong top-order players like Prithvi Shaw, Shikhar Dhawan, Shreyas Iyer and Rishabh Pant. So it would be quite interesting to see how they use Rahane in this setup.

Rahane was also appointed as the skipper of Rajasthan during the 2019 season of the Indian T20 League but he was sacked midway into the tournament owing to his poor batting form and questionable decisions as a captain. However, his form improved during the second half of the season and he had scored an unbeaten 105 against his present franchise Delhi as well. Rahane scored a total of 393 runs from 14 games last season.

The right-handed batsman has played a total of 140 Indian T20 League games scoring 3820 runs at an impressive average of 32.93. These runs included two centuries and 17 fifties as well.

As far as the other two players involved in the trade are concerned, Markande had moved from Mumbai to Delhi earlier in the trade window. He represented Mumbai during the last two seasons and claimed 16 wickets in a total of 17 games for them.

Tewatia, on the other hand, had been with Delhi for the past couple of seasons. He has picked up 14 wickets in 20 Indian T20 League games at an economy rate of 7.17.