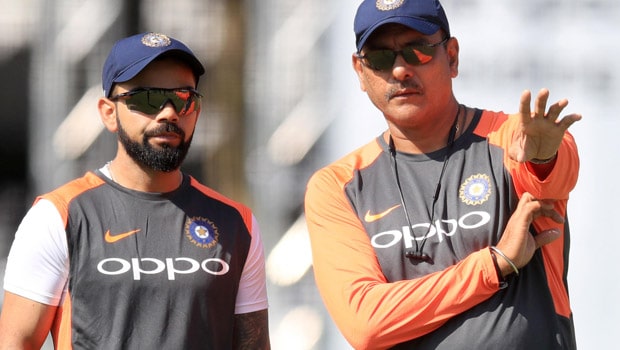 Former Pakistan cricketer Ramiz Raja lavished praise on Indian captain Virat Kohli and head coach Ravi Shastri, crediting them for making the team consistently better. The positive atmosphere as well as the mentality of fighting back that the duo has instilled in the team has led to tremendous successes. India now dominates the purest format of the sport and following the historic victory in Australia and a comfortable win against England, now lead the Test rankings.

Besides that, India have also done immensely well in the other formats and have reached the semi-finals of the last three ICC tournaments – World Test Championship Trophy, 2019 Cricket World Cup, 2017 Champions Trophy.

“At present, the Indian team is fearless while taking on any opposition including Pakistan. The cricketing system is also responsible for this change in Indian cricket. Virat Kohli and Shastri have created a winning environment in the team,” Ramiz Raja told India TV.

“Any new player who joins the Indian set-up knows demands in international cricket. So, from a bowling point of view, the Indian team is better than ever. It has got variation as well as a good leader like Kohli.”

The cricket commentator also firmly believes that this is the finest version of the Indian team. Though they have a few problems with regard to the batting every now and then, their bowling unit and given the way that even rookies have performed in overseas conditions there can be no question that this is a dominant Indian side in world cricket.

“The Indian team is currently the best from a bowling point of view. On the batting front, I believe that there’s still scope for improvement. Tendulkar, Dravid, Laxman, and Ganguly were a part of India’s golden batting era. But from a winning point of view, especially in overseas conditions, the current Indian team has done a marvellous job. Coach Ravi Shastri also deserves credit for this,” Raja explained.

India are yet to win a major ICC trophy ever since Virat Kohli became the captain of the side. Under his captaincy, India lost the Champions Trophy Final in 2017 as well as the World Cup semi-final against New Zealand in 2019. They could change that with a win in the World Test Championship against New Zealand this time around.

On this note, Ramiz Raja compared Virat Kohli to Lionel Messi who is yet to win major silverware in national colours.

“Look at Sir Viv Richards. He always used to perform on big occasions. The WTC final will be a great opportunity for Kohli to score a ton and lead India to a trophy. He’s already among legends but leading India to the WTC trophy will be one more feather in his cap. A podium like this is a great chance for Kohli to enter into the club of ‘all-time greats’. He’s got the ability to do that. He just needs to manage his talent according to the situation,” Ramiz Raja said.

“Some big names like Lionel Messi are still yet to win major silverware with Argentina. It’s all about temperament. Performing in big games like a World Cup final proves a player’s mettle.”