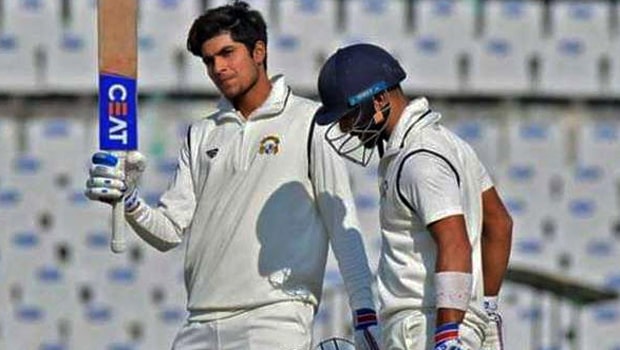 The Ranji Trophy is heading towards the business end of the season.

We have seen some excellent performances all around and like most editions, the batsmen have dominated once again. So, let’s have a look at the players who have not only made their bat talk, but have made them talk BIG!

The middle-order batsman from Arunachal Pradesh is the highest run-getter in the season so far. His best score of an unbeaten 267* came in the Round 5 game against Nagaland. This isn’t the only double ton he has scored this season. Dalal had scored another one earlier against Mumbai and had hit a century in the same game as well. Thus, he has piled up a mountain of runs and the rate at which he has scored these runs (77.20) only makes his numbers look better.

You can’t ignore someone when there is Kohli in his name, right? Taruwar belongs to the U-19 World Cup squad that won the tournament under Virat Kohli’s leadership. He couldn’t make it as big as Virat but here he is delivering his best for Mizoram more than a decade into his career at the senior level. He has been the line fighter with the bat for Mizoram this season and has waged long and gritty battles in many matches so far.

It's about time that Sarfaraz Khan gets an identity beyond someone who tried to match ABDV with all those fancy strokes, someone who Kohli cheekily saluted after a cameo, someone who RCB retained & released.

It's time he gets the respect & identity of a proper Khadoos Mumbaikar pic.twitter.com/B6a3hxcC6l

The veteran cricketer’s move to Pondicherry has worked out pretty well. He is the third highest run-getter this season and has been performing consistently as well. Dogra has added a lot of experience to a side which is still in its formative phase. He is the glue that holds their inexperienced batting line-up together but an overall strike-rate of 88.78 this season reveals that he doesn’t shy away from taking the attack on to the opposition bowlers as well.

The Mumbai batsman has been hogging the headlines for the last couple of weeks or so. He scored his maiden first-class triple century and then followed it up with yet another classy double ton in the recently concluded game against Himachal Pradesh which ended in a draw. It looks like he could rise to the top by the end of the season considering the rate at which he is scoring at the moment. A few games back, he was not even a first team member. However, he has made himself absolutely indispensable now.