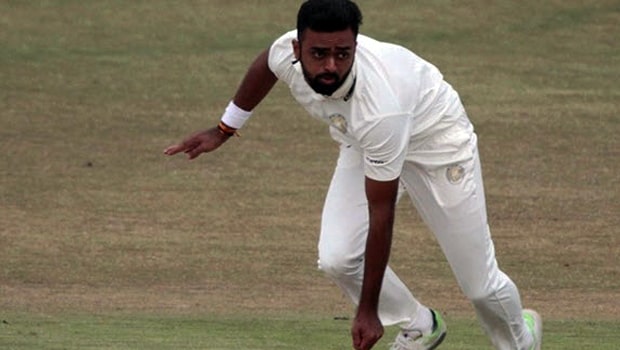 Although the batsmen have dominated in this Ranji Trophy season like most other editions of the tournament previously, there have been some bowlers who have left us spellbound with their performances. So, let’s take a look at the bowlers who have hoofed the limelight throughout the season.

The Saurashtra skipper has continued his domination at the domestic level. He has always found himself amongst the wickets in the last few years but he has taken his performance to new heights this season. Apart from having a scintillating average of 11.86, the left-arm pacer has been striking at an interval of every 25.4 deliveries as well. His natural ability to swing the ball and the angle he creates with the use of the crease are hard to deal with for even the best of the batsmen at this level.

Watch some of @JUnadkat's best wickets from his 12-wicket haul against Baroda.

The former Karnataka player has been showing the same hunger for wickets even after his move to Pondicherry. Kumar is next only to Unadkat in the list of most wickets this season but has a better average and strike-rate of 11.00 and 23.4 respectively as compared to that of Unadkat. Bowling accurate Wicket-to-wicket lines and getting shape with the new ball are the main strengths of this right-arm pacer. His exploits with the ball have been of great help to a team like Pondicherry who are still in their formative phase.

The Services bowler has been a revelation this season. His performance has been on par with the likes of Unadkat and Vinay Kumar. Pathania has been a consistent performer over the years with both bat and ball but his bowling form this season has been something to look at. He is the main strike-force for Services and an average of 15.72 only goes to sum up how mean he has been in terms of conceding runs along with picking up wickets regularly.

He might have two wickets lesser than the top wicket-taker of this season so far but Sanjay Yadav of Meghalaya has been as good as Unadkat. Not only he has registered four five-wicket hauls but he has also had 10-wicket match hauls three times, the most by any bowler this season. He strikes at an interval of every 30 deliveries approximately and an economy rate of 2.45 is better than all the three players mentioned above.