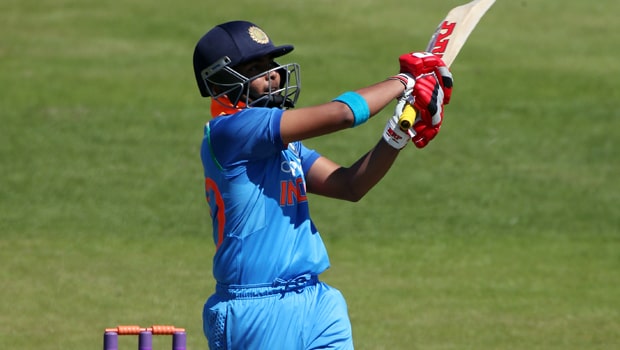 The Ranji Trophy 2019-20 Elite Matches lived up to its billing with stellar performances from Prithvi Shaw, Robin Uthappa, in day one.

The opening day also witnessed mixed performances from team India stars as former champions Mumbai recorded a strong start to their campaign in the Elite Group A and B against Baroda at the Reliance Stadium, Vadodara, all thanks to Shaw, who smashed 66 from 62 balls.

With Mumbai in the ascendency, they got off to a flyer and Shaw sowed his dexterity by dominating the Baroda bowling attack with fluent strokes, that saw him hit 11 boundaries and a six before he was sent for showers by an inswinger from Abhimanyu Rajput.

Senior batsman, Ajinkya Rahane, showed his mettle by top-scoring on the day with a 145-ball 79 for Mumbai before getting out to Yusuf Pathan. Apart from the top contribution from the Indian vice-captain, Mumbai had 362 for 8 at Stumps with additional contributions from Shardul Thakur (63-ball 64) and Shams Mulani (94-ball 56 not out).

In another game, Kerala also got to a god start in Elite Group A and B. The reached 276 for 3 at Stumps on Day 1, all thanks to Robin Uthappa, who hit a hundred (102 off 221 balls) against Delhi at St Xavier’s College Ground in Thiruvananthapuram.

Meanwhile, Opener Poonam Rahul is yet to be beaten on 97 alongside captain Sachin Baby (36). Kerala had a good game against Delhi’s bowling attack that boasts of Navdeep Saini and Pradeep Sangwan. In another game, Tamil Nadu was able to contain Karnataka in the battle of heavyweights at the NPR College Ground in Dindigul.

Nadu showed his mettle by restricting Karnataka to 259 for 6 days after their meeting in the Syed Mushtaq Ali Trophy final.

With Karnataka winning the toss and opting to bat, India opener Mayank Agarwal hit 43, but his opening partner Dega Nischal was out of the game in the 4th over to K Vignesh.
Devdutt Padikkal again emerged the top-scorer for Karnataka after making 78 from 182 balls.

Vijay Shankar stopped captain Karun Nair who failed for 8 while middle-order batsman Pvan Deshpande who made a solid 65, was dismissed by India off-spinner R Ashwin. Shreyas Gopal (35) and David Mathias (0) remained unbeaten as Karnataka reached 259 for 6 in 94 overs in Dindigul.