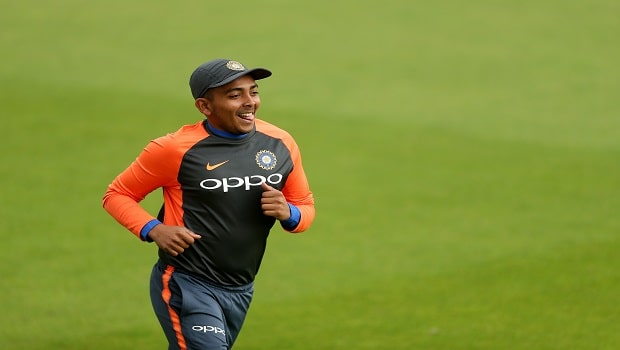 The Ranji Trophy is still in its early stage this season. Only two rounds have been completed so far with all teams playing two matches each, but we have seen numerous batting masterclasses already.

All the players have come into the tournament with their best possible preparation and some of them have even taken their performances a notch higher. As a result, we have seen as many as six double centurions and one triple centurion in these matches so far. So, let’s take a look at those players now.

The 27-year-old batsman from Arunachal Pradesh had a terrific game against Mizoram in Round 2. His knock of 205* came in response to Mizoram’s second innings total of 620 and thus, helped his team to draw the match. Dalal had even scored 178 in the first innings and thus, showed the kind of form he was in. He is now the highest run-scorer in the tournament so far with 470 runs to his name at an average of 156.66. The most fascinating part about his exploits is his strike-rate which reads in the high 80s.

The 31-year-old Mizoram batsman scored his triple ton in the round 2 game against Arunachal Pradesh at Puducherry, the same game in which Dalal scored his double ton. His massive knock helped Mizoram to post a mammoth total of 620/9 on the board in response to Arunachal Pradesh’s first innings total of 343. The match ended in a draw as Mizoram didn’t have to bat any more. Taruwar is now the second highest run-getter in the tournament so far with 360 runs to his name in three innings at an average of 180.

The Punjab skipper showed his class with an excellent knock of 204* in the round 2 game against Hyderabad at Patiala. He led Punjab from the front as he walked out to bat with them in trouble on a score of 23 for 3 and then he took them to a score of 443/6 dec with some support from the lower order batsmen. Hyderabad were later bowled out for just 76 runs in the third innings and Punjab won the match by a massive margin of an innings and 125 runs. Mandeep now has the third most number of runs in the tournament with 326 runs to his name at an average of 326.

Shaw was at his aggressive best and smashed his way to a double century to put Mumbai in a commanding position 👊🏻#RanjiTrophy #ThisIsNewDelhi #DelhiCapitals pic.twitter.com/kFk83FLeLn

The young opener had an excellent outing in the first round match against Baroda at Vadodara. He scored 66 in the first innings and followed that up with a magnificent knock of 202 runs in the second innings of the match. His knocks helped Mumbai to go past the 400 run-mark in each innings and they won the match by a massive 309-run margin ultimately.

The Chhattisgarh all-rounder played a massive role in their win over Uttarakhand at Raipur in their Round 2 match. Mandal scored an unbeaten 241 off just 301 deliveries after walking out to bat at No.8. Moreover, he took eight wickets in the match which included a five-wicket haul as well. Chhattisgarh won the match by an innings and 65 runs.

The Chandigarh opener has been in fine form in the tournament as well. He scored his double ton in the Round 1 match against Arunachal Pradesh at Chandigarh. His unbeaten 233 came off just 236 deliveries and was laced with 33 fours and four sixes. As a result of his exploits, Chandigarh went on to win the match by a massive margin of an innings and 173 runs.

The veteran Vidarbha batsman played a fine knock of 237 while batting at No.4 in the Round 1 match against Andhra at Vijayawada. His knock constituted 53.74 percent of the runs scored by Vidarbha in that innings and that sums up the importance of his knock. His innings helped his team to get out of a tricky situation and draw the match.