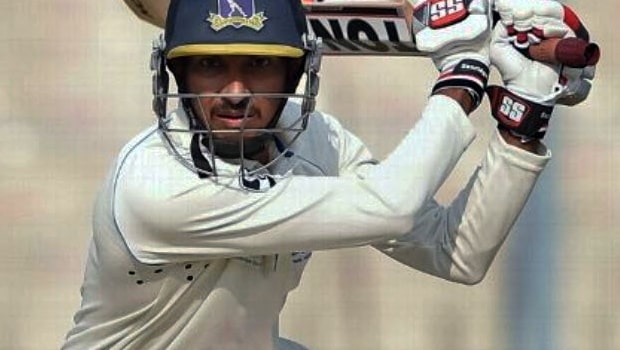 When the semifinal fixture of the Ranji Trophy 2019/20 season between Karnataka and Bengal was announced, the South Indian giants were considered as the favourites to win despite the match being scheduled to be held at Bengal’s den in Kolkata.

However, as things have turned out after the match ended on Tuesday, it is Bengal who emerged as triumphant. They are in the final of the Ranji Trophy and that too after 13 years. And this feat wouldn’t have been possible without the contributions of three players in particular who took adversity in their stride and overcame all odds to take down a behemoth like Karnataka. So, let’s take a quick glance at those players and their performances in this all Important match.

Anustup Majumdar: The middle-order batsman walked out to bat with Bengal reeling on a score of 62/4 in the first innings and then saw them being reduced to 67/6 in no time. But Majumdar held his nerves and battled with the tail to take Bengal on to a total of 312 runs. He remained unbeaten on an individual score of 149, an innings that was studded with 21 fours and three sixes. That was an excellent knock under pressure and he followed that up with another solid innings of 41 in the second innings to help Bengal set a target of 352 runs for Karnataka.

Ishan Porel: After Majumdar’s heroics with the bat, it was pacer Ishan Porel who turned on the heat with the ball. Porel registered a fabulous spell of 13-2-39-5 and helped Bengal in bowling Karnataka out for just 122 runs. His spell gave Bengal a huge lead of 190 runs and that was an exceptional effort against a strong Karnataka batting lineup. Not only that, Porel picked up two wickets in the fourth innings as well to finish the match with figures of 7 for 97 as Karnataka folded for just 177 runs once again.

Mukesh Kumar: Karnataka batsmen generally don’t miss twice. If it was Porel’s spell in their first innings that brought Karnataka down, it was Kumar who produced another brilliant display of pace bowling to force Karnataka into submission. Kumar bowled five maidens in his 21 overs in the fourth innings of the match and picked up six wickets for just 61 runs. He had claimed two wickets earlier in the second innings of the match as well to back up Porel’s efforts. Kumar finished the match with brilliant figures of 8 for 107.