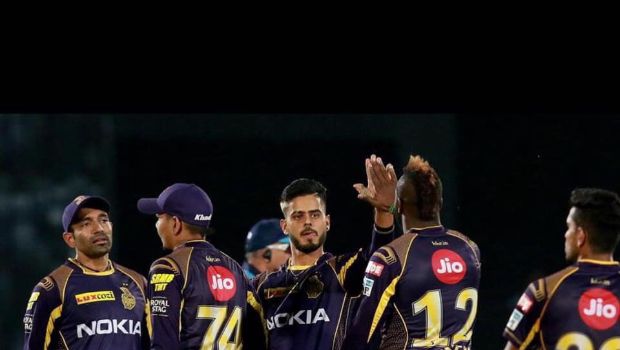 Nitish Rana was instrumental to Delhi’s shock win against defending champions Vidarbha in the Ranji Trophy on Wednesday.

Rana played the “best knock” of his first-class career, helping the side to a six wicket win in an incredible final day run chase.

With this victory, Delhi becomes the first team to hand Vidarbha their first outright defeat in a first-class game after three years.

Having made a name for himself in the Indian Premier League with his big-hitting exploits Rana, who was chasing 347, smashed an unbeaten 105 from 68 balls, and his team hit the target in 73 overs.

With the victory, Delhi is aiming to qualify for the quarterfinal with 16 points, a point behind e Vidarbha which is on 17 points.

Rana later took charge, sending Vidarbha bowlers, including fancied Umesh Yadav, who had 0/85 in 19 overs on a leather hunt scoring eight fours and seven sixes.
Speaking after the game, the left-hander said he had promised the coach (KP) Bhaskar that the team will win provided its 75 overs and around 320 runs.

While noting that it was the best first-class knock he has have played, Rana said he didn’t forget 2017 final in Indore won by Vidarbha, which didn’t play outstanding cricket.

After ripping off-spinner Akshay Wakhare (64 off 9 overs) with slog sweeps, cuts, and drives, Rana said he knew he could hit their spinners out of the ground.
According to reports, Vidarbha coach Chandrakant Pandit gambled with the team tactics, and it backfired against a side which its back was back to the wall and ended up producing the best performance of the season.

After Kunal and Hiten had played confidently, Vidarbha sensed danger immediately. Rana came in. So, they deployed a negative field ‘7-2’ (seven on the offside) field.
The game began to hot up after their pacers Rajneesh Gurbani (0/64 in 12 overs) began to bowl on an imaginary seventh off stump line, making the umpires to declare no-ball.

This also made Delhi start attacking because they have been forced to change the line.

Speaking on their tactic, the middle-order batsman said he knew such would happen but didn’t like their time-wasting tactic. He added that once they started bowling within the stumps, he was confident that he would blast them if it’s in my arc.

While stating that that’s his natural game, he said he doesn’t like getting advice from people who tell him to change his mindset, adding that he only welcomes input when he needs them.