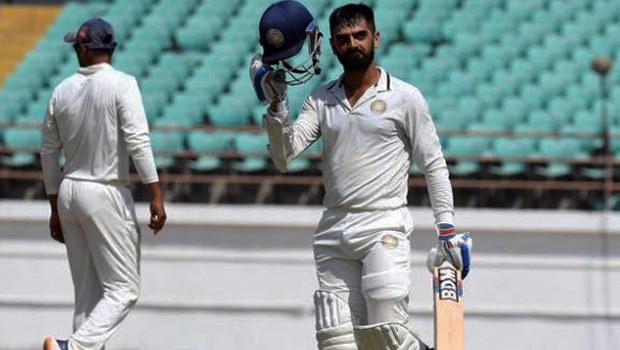 Saurashtra strengthened their grip on Day 2 in the ongoing Ranji Trophy final clash against Bengal as they finished the day on 384-8. It was a hard fought day for the Bengal bowlers as they could only manage three wickets, all of them coming in the final session of the day. The hosts started their day with Arpit Vasavada and Cheteshwar Pujara, who came back to bat after retiring hurt on the opening day due to illness.

Both the batsmen had a plan of wearing down the Bengal bowlers and they sticked to the same before they were separated. Arpit Vasavada, who scored a century in the semi-final, continued his sublime form. The southpaw batsman made good use of the feet to get to the pitch of the ball against Shahbaz Ahmed and played him with guile.

Both the batters showed plenty of patience and only attacked the ball which was loose in line and length. Arpit brought his fifty with a straight on-drive against Shahbaz Ahmed and looked in control. Pujara batted like Pujara we know and hardly gave a sniff to the bowlers as Saurashtra went into lunch after adding 72 runs in 34.1 overs.

Pujara and Vasavada continued with their ploy of frustrating the Bengal bowlers in the post-lunch season as they continued to score below 2.5 runs/over. Vasavada guided the ball towards the off-side to bring up his back to back century.

On the other hand, Cheteshwar Pujara also made good use of his feet like his partner and went back in crease to punish whatever was short in length. Pujara brought up his fifty with a late cut against Arnab Nandi as Saurashtra went into tea after adding 61 runs in the second session.

In the final session of the day, Bengal were finally rewarded when Arpit Vasavada could not make connection with the ball after prancing down the track. Wriddhiman Saha was alert despite a tiring day and affected a brilliant stumping to give Shahbaz his second scalp, which ended 142-run alliance between Pujara and Vasavada.

Pujara soon followed his partner to the dressing room as a delivery from Mukesh Kumar didn’t bounce as much as the batter expected and plumbed him in front of the wickets. Mukesh Kumar got the ball to reverse in the fag end of the day and also dismissed Prerak Mankad before the stumps.