Home » Cricket » Ranji Trophy: A look at the highest run-scorers at the end of the group stage

Ranji Trophy: A look at the highest run-scorers at the end of the group stage 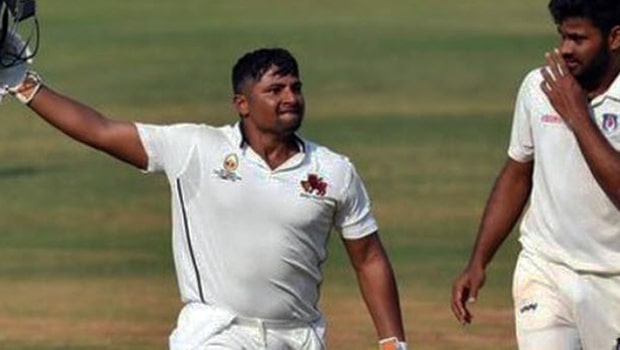 The 2019/20 season of Ranji Trophy has reached its business end. All the teams have completed their respective quota of group matches with Gujarat, Saurashtra, Karnataka and Bengal qualifying for the semi-finals.

Like the previous seasons, we saw some fine batting performances in this edition of the tournament as well. So, as we head into the semi-finals, we take a look at the top five run-getters of the season thus far.

Rahul Dalal: He has been around in India’s domestic cricketing circles for quite a while now but it wasn’t until this season of the Ranji Trophy that he left his mark. Dalal ended up being the top-scorer of the group stage having amassed 1340 runs at a scintillating average of 95.71. He also brought up his career best score of 267* in this edition and compiled a total of four hundreds along with three fifties. The most fascinating part of his outing this season was the rate at which he scored the runs. His runs came at an overall strike-rate of 75.96.

Taruwar Kohli: The Indian skipper’s namesake churned out quite a lot of runs for Mizoram this season. Taruwar was the second highest run-getter at the end of the group stage with a total of 998 runs to his name at an excellent average of 71.28. These runs included a triple-century as well and five hundreds overall along with three fifties. The 31-year-old has been around in the domestic circuit for quite a while now and will play a crucial part in Mizoram’s rise as one of the Indian domestic giants.

Puneet Bisht: He is another veteran player who has been around for quite a while now but it has been the move to one of the rising states like Meghalaya that helped to bring out the best in him. Bisht scored a total of 976 runs in this edition at a superb average of 69.71. He smashed a double century as well and scored a total of six centuries during the course of the season. With such a performance, he has made himself one of the mainstays in Meghalaya’s batting lineup for the upcoming seasons.

Paras Dogra: It has really been the season of veterans and Paras Dogra is another batsman who has brought up his best performance. He scored 967 runs playing for Puducherry in this edition at an outstanding average of 80.58. Dogra smashed four hundreds during the course of the season and that included a best of 200 as well. Playing for a rising side like Puducherry gave him the extra sense of responsibility and backing from the management, and that helped him to bring the best out of him as a batsman.

A hallmark of the Mumbai school of cricket is how batsman try & capitalize on any opportunity they get. Today, Sarfaraz Khan takes full advantage of the absence of Rohit, Shreyas, Surya and Prithvi with an unbeaten Ranji double century following his triple in the last match! pic.twitter.com/OByzj6BCwR

Sarfaraz Khan: Finally, the name of a rising young talent in this list of domestic veterans, Sarfaraz had a breakthrough season while playing for Mumbai. He played three matches lesser than all the aforementioned players and still managed to rack up 928 runs and, that too, at a sensational average of 154.66. He struck a triple ton as well and showed the amount of hard work he has put into his game after the last couple of years of criticism. Such fine performance will also give him a lot of confidence to go into the forthcoming Indian T20 League as well.