Home » Cricket » Ranji Trophy: A glance at the top wicket-takers at the end of the group stage

Ranji Trophy: A glance at the top wicket-takers at the end of the group stage 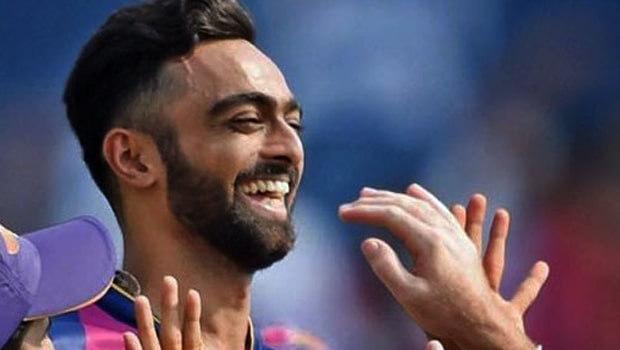 The performance of the bowlers has been one of the main highlights of the 2019/20 season of Ranji Trophy.

For a change, the pacers have had a far better season as compared to most of the spinners and they have dominated the group stage of the tournament completely. So, let’s take a glance at the bowlers who occupy the top half of the wicket-taking chart in Ranji Trophy this season.

Jaydev Unadkat
The Saurashtra skipper has been at his lethal best this season. He is at the top of the list of bowlers with most wickets and has been one of the main reasons behind Saurashtra’s entry into the semi-finals. Unadkat claimed a total of 55 wickets from just eight matches at a sensational average and strike-rate of 11.80 and 25.20 respectively. These wickets include a total of six 5-wicket hauls and two 10-wicket match hauls as well.

R Sanjay Yadav
A switch to Meghalaya from Tamil Nadu brought the best out of this 24-year-old this season. Sanjay Yadav stands as the joint-highest wicket-taker at the end of the group stage with 55 scalps to his name at an excellent average of 12.65. The fact that he claimed a wicket at an interval of every 30 deliveries approximately, sums up how lethal a bowling weapon he turned out to be for his team. He has a bright future ahead of him and a growing state like Meghalaya can only climb higher riding on his performances.

Harshal Patel
The Haryana all-rounder carried his fabulous form from the Syed Mushtaq Ali Trophy to the Ranji Trophy. Patel ended up as the second highest wicket-taker at the end of the group stage having claimed a total of 52 wickets from nine matches at an outstanding average of 14.48. He struck at an interval of every 27 deliveries approximately and the movement which he extracted off the surface both with the new and old ball was the main reason behind his success this season. If these performances are anything to go by, he should go on to have a grand Indian T20 League season as well.

Diwesh Pathania
The Services bowler is one among the only four bowlers to cross the 50-wicket mark in the Ranji Trophy so far this season. Pathania was seen at the best of his abilities as he picked up exactly 50 wickets from nine matches at an average of 15.82. His best bowling figures in an innings read 8/63 and it was one amongst his four 5-wicket hauls from this season as well. Such a fine season helped him to take his career wicket-tally to 183 wickets which have come at an overall average of 23.07.