Rashid Khan becomes the youngest and fastest to 300 T20 wickets 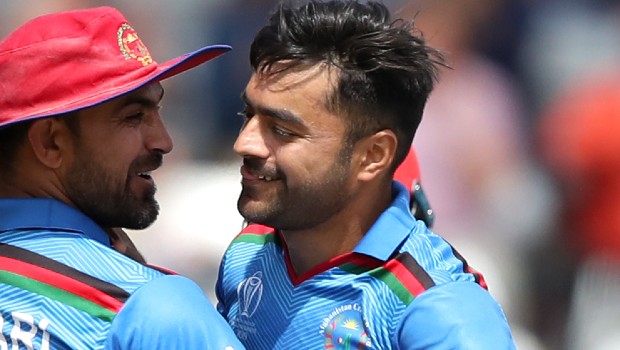 Afghanistan’s talisman leg-spinner Rashid Khan has become the youngest and the fastest bowler to take 300 T20 wickets. The leg-spinner achieved the milestone while playing for Barbados Tridents in the ongoing Caribbean Premier League. Rashid took 300 wickets at only 21 years and 335 days. Thus, he leapfrogged Sunil Narine’s record as he had achieved the same feat at 29 years.

The leg-spinner also achieved the landmark in the least number of matches as he got there in 213 matches. Rashid went past Lasith Malinga’s record who had scalped 300 T20 wickets in 222 matches.

Meanwhile, Rashid Khan is one of the best spinners in the shortest format of the game. The Afghanistan spinner is the number one spinner in the ICC T20I rankings.

Rashid made his T20 debut for Afghanistan back in 2015 and since then he has done a fine job in the shortest format of the game. The leg-spinner has played for different franchises in the T20 leagues across the globe and has impressed with his skills.

Rashid has represented Adelaide Strikers in the Big Bash League, in which he has scalped 56 wickets. He had also taken a hat-trick last season.

Overall, Rashid has bowled with a fine average of 17.33 and an economy rate of 6.33. The leg-spinner has a plethora of tricks under his bag and it is not easy to hit him for runs.

The leg-spinner has taken four wickets in three matches of the ongoing Caribbean Premier League for Barbados Tridents. Rashid will look to continue his good form in the CPL and then carry it forward for the Sunrisers Hyderabad in the IPL.

The IPL will begin from September 19 in the UAE with Abu Dhabi, Sharjah and Dubai to host all the matches.